IN CONVERSATION with WYE OAK

We have got to know and love Wye Oak for their constant flowing between dreamy, folky restraint and loud, indie explosion of emotion through fuzzy, intricate guitars and pounding rhythms. But after superbly showcasing that formula on three albums (If Children, Knot and Civilian), the Baltimore duo decided to completely change direction.
On upcoming album Shriek Andy Stack, who along with drumming was playing droney bass lines on the keyboard, is now responsible for the upper register that guitar would normally handle, while singer-guitarist Jenn Wasner has abandoned the guitar to take on bass duties. The sound is also more electronic, synth-based and cleaner.

I hook up with Jenn and Andy before their sold-out show at Lexington, London. They’ve just arrived from Texas where they played at SXSW so they are tired and jet-lagged. Jenn also has a bad cough, but that doesn’t stop her from being unbelievably charming and friendly.

We start talking about the new electronic direction and Jenn explains that she didn’t want to make a statement against the guitar as much as it was important for her to separate from it for personal reasons. “After touring for two years we finally went home and took some time for ourselves, then when I began writing again it become clear that guitar had acquired a lot of negative baggage over those two years”, she recalls. “For that reason it was like a block for me. I was trying to get myself into a healthy space again to be creative and just needed to move away from of all that baggage which was associated with the guitar itself. This band has always been my main songwriting vehicle, but it has never been about the guitar, it has always been about the songs, so in a lot of ways what we do now is pretty much the same.”

All this inevitably had a dramatic impact on their writing process as they don’t write the classic indie-rock way, starting with a guitar riff and working around that anymore. Also Andy moved out of Baltimore and now lives in Texas but was living in Portland while the new album was composed. “We were writing everything in our respective studios”, Jenn reveals. “We were just sending each other our recording back and forth. That way I was able to capture the ideas as they were coming to me which frees you up for more complex composition to write later. Rather than being in the same room together, for this album we were able to have time and space to develop ideas on our own.” Jenn still records new lyrical and melodic ideas on her IPhone so that they can stay with her and she can get back to them at a later stage. “If I lost my phone I would be in trouble!” she jokes. 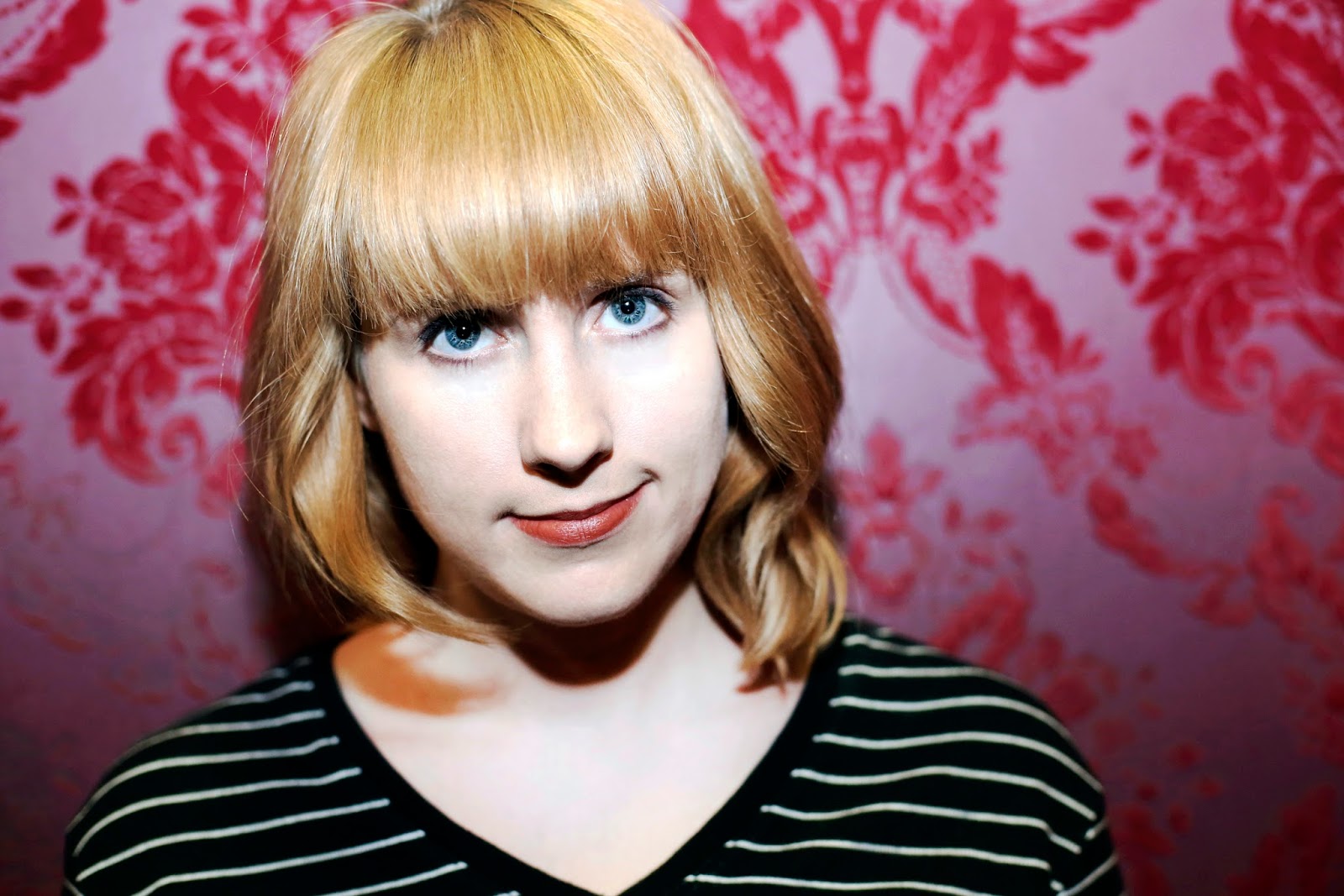 Shriek was produced with the help of Nicolas Vernhes of the Rare Book Room in Greenpoint, Brooklyn. By the time they started talking to him they knew already that the record was going to have a new direction with a heavy use of electronics, that’s why they approached him. “When we first got in touch with him Jenn knew she was going to switch to the bass and we knew the album wasn’t going to sound like Civilian”, Andy points out. “So we were specifically looking for someone that was good with this kind of electronic soundscapes and genres we hadn’t worked with in the past but we were really engaged by. We had a really good time in the studio, doing a lot of experimenting with Nicolas’ pretty vast analog synths collection. For all our records I’d say that the majority of writing and production work is stuff that we did on our own as we both have our own studios, but we were very glad to have him involved for sure.”

The album cover, a drawing of a kid making a silly face, was a sketch done by Andy’s fiancée originally sent to Jenn as a possible T-shirt idea. “There were actually different covers we were working on, but when I saw that drawing it struck me instantly and I was immediately sure that I wanted it to be the album cover. I just like the ambiguity of it which reflects the album title as well, as it’s a strange dark image but there is this child’s joy as well, that’s why it’s the perfect image.”

‘Glory’ is probably my favourite track on the new record so I was particularly happy when they announced that would be the second single after the (almost) equally beautiful ‘The Tower’. With its pulsating synth, sinuous melodies and textured harmonies, to me in a way the song works as a sort of bridge between the earlier guitar-oriented material and the new electronic sound, so I am somehow surprised to hear that Jenn and Andy actually consider it one of the most revolutionary songs on the album. “It’s very interesting to see people responding to it because I didn’t think it would be the most polarizing track as it’s so poppy!” Jenn confesses. “But there is a sort of darkness to it too. When I was worrying about people’s reactions to our new direction I specifically thought this song might be a track that could put some people off and that other songs were more like what we used to do.” Andy agrees with her and tells me that they had vague ideas of what songs on Shriek would appeal to people and what would make sense to fans in regard to what they have done in the past. “We would like to make an entire record and have a definitive idea of what it is and what it means”, he continues. “You may have your opinions on that but then you basically have to release them to anyone else. ‘Glory’ has actually been a pretty pleasant surprise as it seems that it’s catching on with people and I don’t know if we would have thought that!” 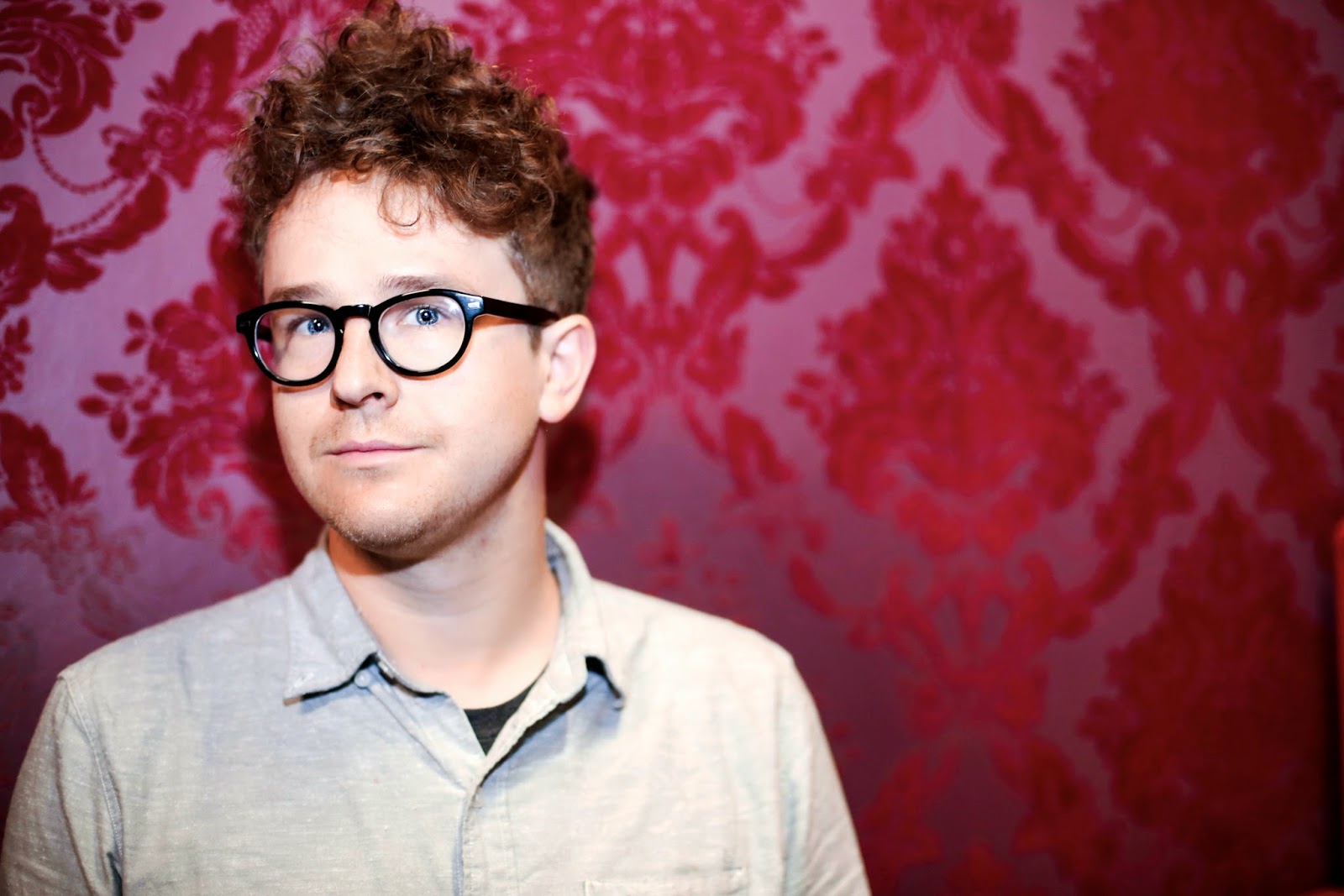 Historically Wye Oak were always very involved in every music video they made and up to the last album they essentially conceived and sort of produced them all. “I would never take credits and say I am a producer though!” Andy wants to specify. “But I come from a film background in my family and both Jenn and I have a large community of friends in Baltimore. At the moment we are taking a bit of a less active role and for this record we have had friends who are making the videos for us.”

Recently Jenn has been very busy with other side projects too. Last year she put out a full-length with her other band Dungeonesse, a pop-R&B duo with her friend Jon Ehrens whose sound totally differs from anything Wye Oak have done so far. It’s basically just a recording project as they have never played any show and according to Jenn probably never will. “We made that album while I was on tour with Wye Oak”, she explains. “Jon would send me tracks and I would write and record vocals which worked out as I had my recording set with me on tour so I just needed to find some quiet space. That kind of kept me together, it kept me feeling creative and productive while on tour. We actually didn’t even intend to release anything, we just had these new songs that we ended up playing to Chris Swanson at Secretly Canadian, he liked them and wanted to put them out.”

Jenn also has a solo project called Flock of Dimes that so far only released a few singles. “I put out a bunch of them because somehow I just felt those songs as singles rather than parts of a record. I am not going to release a full-length till I feel that I have a cohesive album but that will definitely happen and I am sort of already thinking about it. I just don’t want to rush it though”.

Both Andy and Jenn have collaborated with Jonathan Meiburg of Shearwater in the past. Andy played on 2012’s Shearwater album Animal Joy. “I spent a few days in Austin recording with Jonathan and it was great”, he recalls. “He is a friend and a very inspiring person in the studio, he’s got a lot of energy and puts it in many different directions. We opened for Shearwater on quite a few dates a couple of times on our first tour and we still have a great friendship that came out of that”.
More recently Jenn did vocals on the cover of Folk Implosion’s ‘Natural One’ for Shearwater’s last album Fellow Travelers. Unfortunately they didn’t record it together though, Jenn just did the vocals and sent them back to him. “Jonathan and I are good buddies. You form a special connection with people you tour with because they are among the few people that understand what it is like to be on tour!” she laughs. “But I feel lucky that I still have some of those people in my life, especially when you get to work together musically”.

Wye Oak will donate part of the sale of each show’s tickets to a local charity and they have also collaborated with the Yellow Bird Project, a Montreal-based company that ask indie-bands to choose a charity and contribute an original T-shirt design. “It takes so little of our time to work out how to do it and that’s really the least we can do”, Jenn says. “ We just feel compelled to do it and I think it’s essential for all of us to do what we can to help those less fortunate. Luckily Air Traffic Control, the company we are working with on this, is making things easy for us. And it’s important for us to keep it in the local communities and focus on small authorities.”

I finally ask them what their biggest achievement has been so far and Jenn admits it was actually making this record. “There was a long time that I was thinking this wasn’t going to happen at all. I am proud of the songs. It was a very difficult thing for me to do and I am proud of myself for doing it. So to me that’s a real achievement.”
Andy on the other hand feels extremely lucky to get to travel to places that otherwise he wouldn’t have probably seen, like for instance Asia last year. “I don’t know if that’s an achievement per se, but I am always pinching myself and I am baffled that we are given the opportunity to do it.”

Shriek is out on 28th April via Merge Records in North America and City Slang in Europe. 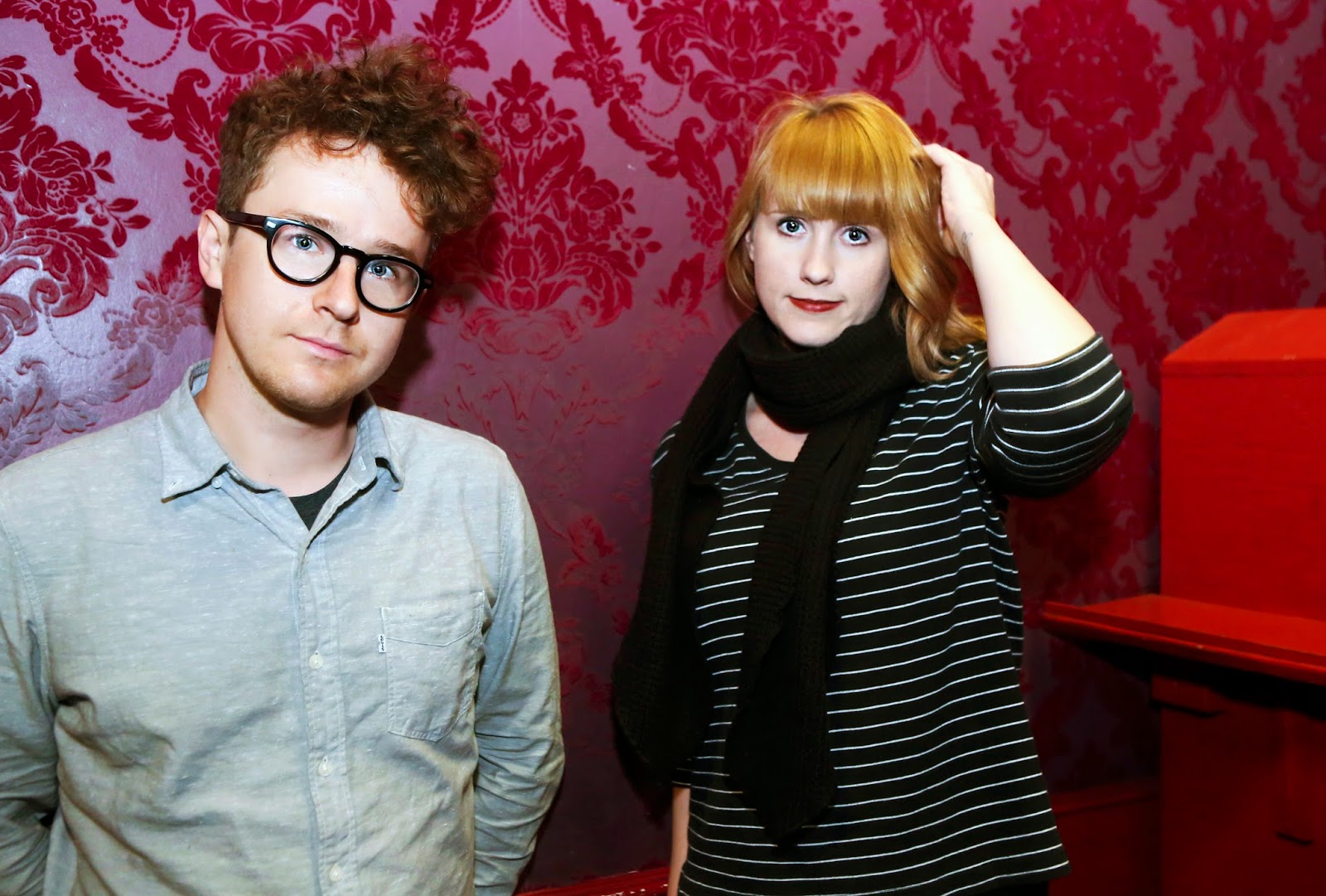