Just a couple of hours before the album launch party originally planned at the Victoria but then rescheduled at the Old Fire Station on the 14th April, I hang out with the band at Homerton’s Sound Savers studio where their first full-length was recorded.

The album had a long gestation as the Hackney quartet started working on it in 2012 when they had a couple of sessions at two different studios but neither was really successful. The songs recorded during the first session actually ended up on a split 7 inches, whereas the material they worked on in the second studio wasn’t really what they were aiming to achieve. “It involved a lot of tracking, recording each instrument one at a time, but then we found that it was more suitable for us to do it all live”, vocalist/guitarist Phil Serfaty explains.

They finally found a home at Sound Savers where under the supervision of owner Mark Jasper they recorded and mixed most of Omi Palone in late Spring 2013. “Mark Jasper actually owns two studios: Sound Savers where we started and did most of the album, then another studio with a much bigger room and better sound where we had a second session“, drummer Jack Gillis specifies. They recorded everything down onto quarter-inch tape and then the overdubs were done digital. Joe Caithness gave it his final touch at Subsequent Mastering.

The album cover was done by Lucy Anstey, a friend that lives with Phil and Jack in Hackney Wick, and the band’s guitarist Simon Marsham. “We wanted it to be in black and white and have a similar style to Mark Rothko, a sort of ink dragged on a white canvas. We spent a lot of time painting together then I let her finish”,  the guitarist says.


Simon was also heavily involved in the making of the ‘Architecture’ video, a visual homage to relics of the Brutalist and Modernist architectural movements and social housing of the 1960s and 70s. “We had had this song for ages and then summer last year my girlfriend and I had to move out so we were looking at house websites a lot”, he recalls. “Then I got bored of that and had an idea for a video. I got inspired mainly by architecture tourism, like people taking pictures of buildings. The video came naturally from that and then visual artist/ filmmaker Emma Charles filmed everything.”

Phil, Simon, Jack and bassist Liam O'Neill have known each other for a long time and used to play together in a more acoustic, not electric guitar-based band. Liam, who had a full classical percussion training when he was at school and was originally playing drums, moved back to his home country Australia for a few months and it was then that the others started a new electric outfit with another guy on bass. “When I moved back to London I felt like I was missing out, so when I saw that their bassist had left I just jumped in. This is my first time playing bass in a band”, he explains.


Phil’s role has also become a bit different over the years. “At the beginning I didn’t really think of myself as an electric guitarist at all”, he admits. “I used to feel more comfortable coming up with really simple song structures and then just writing lyrics around them more than anything else”. At first electric guitar seemed quite complicated to him and he only began becoming comfortable with it over the course of the year before Omi Palone was born. Funnily enough, now he actually considers himself a guitarist more than a songwriter in a straightforward and traditional kind of way. The band’s writing process has evolved quite a bit too and it’s now more a collective effort. “Before it used to be the case that I’d just write a song, now it’s more a process of us getting together, letting the song happen and allowing a melody to evolve into a song”, Phil points out. 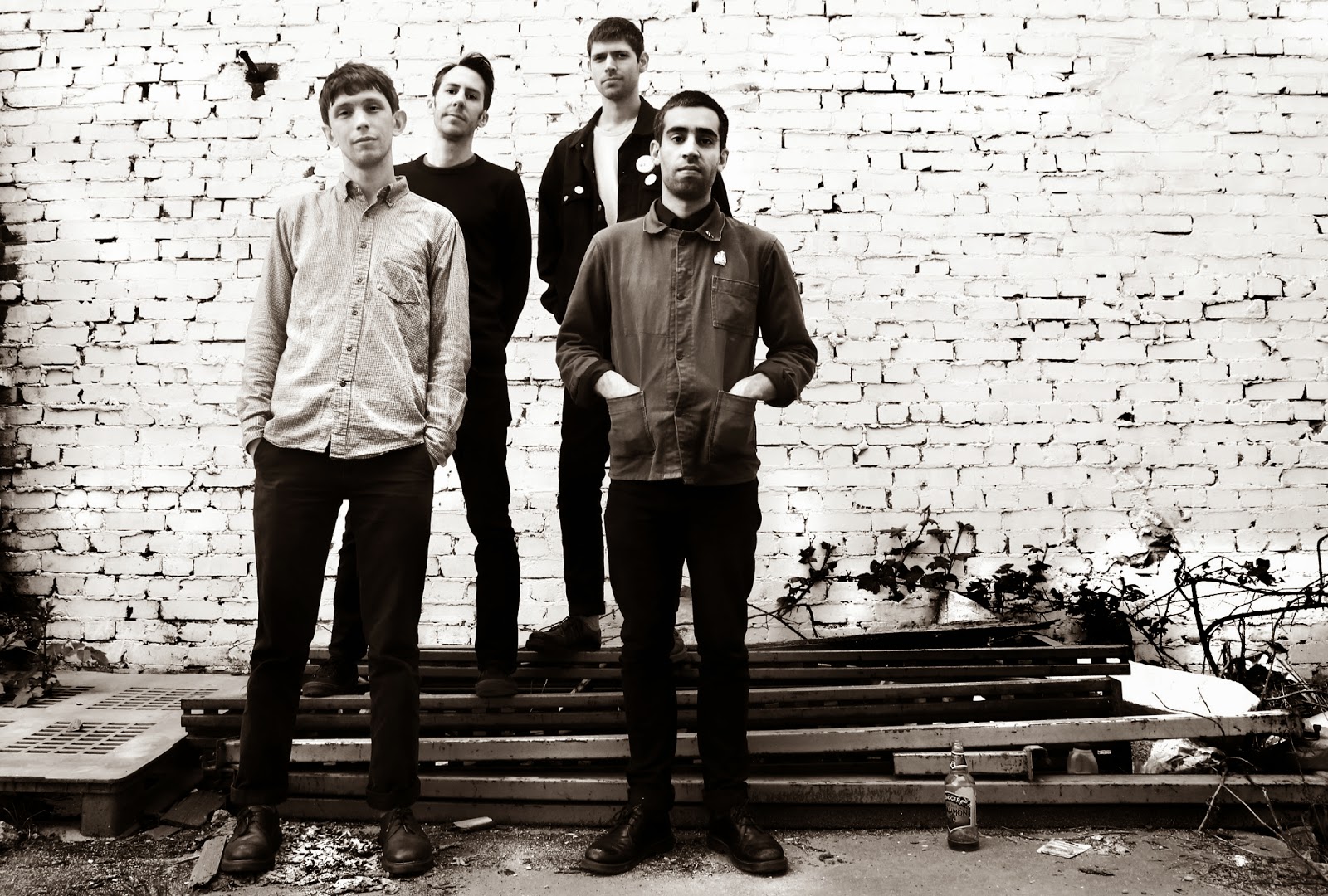 Omi Palone’s music influences have changed since they started making music together. “Initially we wanted to be a Silver Jews kind of band”, Simon confesses. While collectively writing their first tape, they were all listening to a lot of The Feelies who have always been an open influence for all of them in many ways, and also, as Jack recalls, Eddy Current Suppression Ring and other Australian bands, especially on Flying Nun Records like The Clean. “When we started out we were all concentrating on the music we were really into at that moment and mainly the bands we had in common such as The Velvet Underground and 90s indie rock”, Simon says. Personally the guitarist was also into punk a lot and still considers John Cage a biggest source of inspiration, for all his work that went beyond music and his collaboration with John Cale.

Phil, Jack, Liam and Simon may come from different influences and backgrounds but somehow they manage to push them all in. “If you hear a melody from someone whose musical influence is different from yours you will hear that melody from a different reference point. And if you write a melody and someone else hears it in a different way thinking of a different genre or era, then the song will move into a different direction”, Simon tells me. They now got to a point when sometimes they deliberately try not to be themselves. “If we are comfortable doing something, sometimes we just try to break that and be creative with the new things we have been writing”, Liam adds. Being part of a community of very creative, arty people is also something that has a huge impact on their music. “We have a lot of friends in bands we play with, friends that have put out our records, friends who are artists or who write. Being around people that are creative and enjoy being creative is a very good thing as it keeps you inspired”, Jack carries on.

‘Omi palone’ means ‘man woman’ in Polari, an East End cant slang used not exclusively but mainly by the gay community and also by artists and musicians who seek more discretion and secrecy when they talk to each other. The Polari language came out of a conversation Phil was having with a friend to whom he was explaining the difficulty to find a band name. After being introduced to Polari, Phil started looking into that and did some research. “There were different reasons why we liked that name. First of all I just really loved the sound of it, also the meaning of it which literally is ‘man woman’ and was perfect to dissociate ourselves from machismo, being four guys playing in a rock band and everything”, he explains. “When Phil suggested it we were all seating around in a pub looking for words that had a meaning to us on the Polari Wikipedia page ”, Simon continues. “There is also a scene in Velvet Goldmine where there are guys in a club talking in Polari with subtitles, which added extra meaning.”

I finally want to discuss how difficult they think it is for new bands to breakthrough today and they all agree that their aim is not really to become a big band. They seem perfectly happy with their daily jobs and want to keep their creative life as separate as possible. Jack thinks that if you get paid a lot for the things you do creatively and become an international band, that somehow creates a confusion and complicates matters. “I think that puts a lot of pressure on you because you suddenly stop making things for yourself and you just do it to keep the money rolling, and then how do you do that? What decisions do you have to make?” Phil concludes.

Omi Palone is out now on Faux Discx/Negative Space. 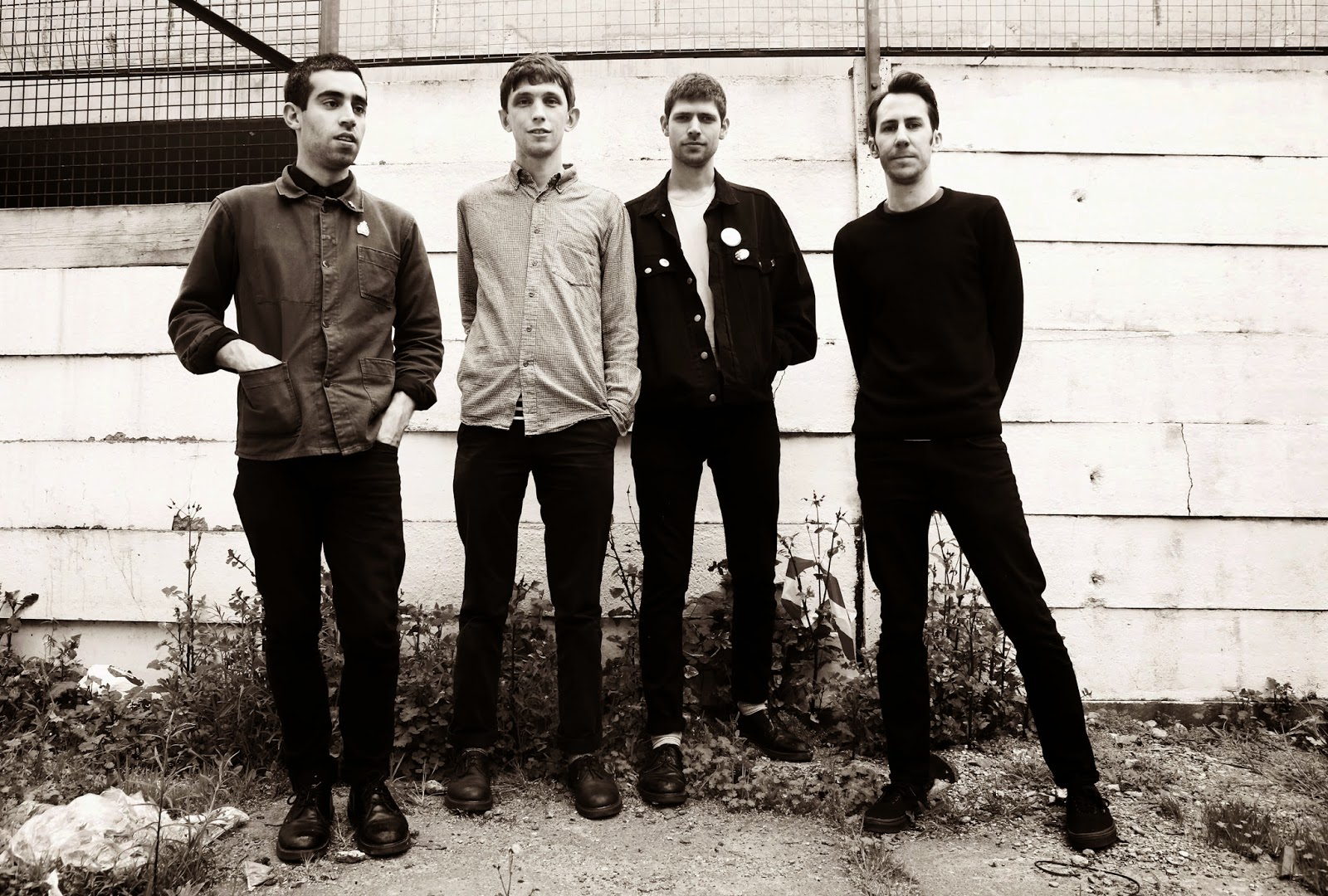