IN CONVERSATION with JENNIFER HERREMA

Jennifer Herrema is probably best known for co-piloting Royal Trux, the hermetic yet extremely influential band that back in the 90s carried out a post-modernist program of revisiting and deconstructing rock music, superbly incorporating many genres from blues-rock to experimental psychedelia.

After disbanding in 2001, bandmate and ex-boyfriend Neil Hagerty went into a different, more impenetrable direction under his Howling Hex moniker, while Herrema remained faithful to her old muse, only going slightly heavier but more polish with her band RTX. Together with Nadav Eisenman, Kurt Midness, Brian Mckinley and Jaimo Welch, she released three albums under that name, but then changed it to Black Bananas for 2012’s Rad Times Express IV.

I first hang out with Jennifer at Café Oto in the arty London’s neighbourhood of Hackney before picking up the conversation over the phone. She’s extremely friendly, funny, bubbly like champagne (her favourite drink), and eager to talk about Electric Brick Wall, the new Black Bananas’ full-length which is out this week on long-time label Drag City.

While discussing the new album’s production, Jennifer reveals that the band have basically self-produced and engineered all their records in the same studio, owned by guitarist Brian Mckinley. When, after selling her farm in Virginia, the singer first moved to the West Coast, she was originally playing with another guitarist but then she met Brian, a huge fan of her music that insisted on playing with her till he finally joined RTX on guitar and the band consequently took over his studio.

In spite of being produced in the same space, all RTX/Black Bananas albums had different writing and recording processes. "The first RTX was recorded between California and Virginia before I sold my place", Jennifer recalls. "The second album was done in Brian's studio: there was a lot of jamming but it was made in a sort of more efficient way with a proper start and an end as we wanted the record to be finished by a certain date and we made it happen. The third RTX was very tightly planned to be recorded and mixed over a four-week period and we had our drummer fly from New York just for that, whereas the first Black Bananas and also Electric Brick Wall were done at a more leisurely pace. " For the new record Brian and Jennifer would go to the studio every day, while Kurt, having a 9-to-5 job, could only join them at the end of the day. The band basically hung out and jammed for over two years and ended up having so much material that they were finally able to edit it into the album that they wanted. "We didn't schedule anything this time, it was more a natural progression", the singer specifies.

If RTX was mainly Herrema composing everything, Black Bananas’ writing process is more a collective effort where everybody gets involved. "In RTX I was controlling more than I wanted to, but after ten years of working together I relaxed more and now anybody can bring anything to the table without me feeling that I should shut them down”, Jennifer points out. “Of course they will still get shut down if I don't like something, but anybody is welcome to bring anything in and if we all like it then it's part of it".

Electric Brick Wall also had ex-Royal Trux bandmate Neil Hagerty co-writing a couple of songs (‘Powder 8’ and ‘Eve’s child’). The collaboration was surprisingly announced on Jennifer's Facebook last year and was then kept quiet for a long time. "We weren't talking about it much as Neil has got his thing going on", the frontwoman explains. "We just wanted the fans to know that we were in touch and still working together but we didn't want to emphasise it and I don't think any publicist was pushing that as a story either."

Speaking of Royal Trux, the last few years saw the reissues of most of their material on Drag City and Domino Records, from classics Cats and Dogs and Accelerator, to 1999's Veterans of Disorder and more recently the Radio Video EP. “That was just because those records didn't exist anymore, they were sold out or out of print", Jennifer clarifies. "When Drag City told us that they wanted to reissue them so that people could buy them again, Neil and I were on the same page, but there weren't any outtakes or liner notes or anything, the records were exactly the same as the day they were originally released". Initially no campaign was created, but for the last couple of reissues, since people seemed very interested, Royal Trux agreed to do some press though, as Herrema wants to emphasise, it was still more about putting that old material out there in circulation again than anything else.

Back to Black Bananas... what does an 'electric brick wall' mean to Jennifer? "It could mean any sort of
thing! It's funny because my friend David Berman from Silver Jews wrote me an email last week saying that he was telling his brother that arguing with their father was like pissing on an electric wall and I was laughing my ass out. But I am not going to say that it means anything in particular and none of us sat down and decided that it meant this or that. We just liked the literation, the sound of it and the way that it was going to look with the artwork!" 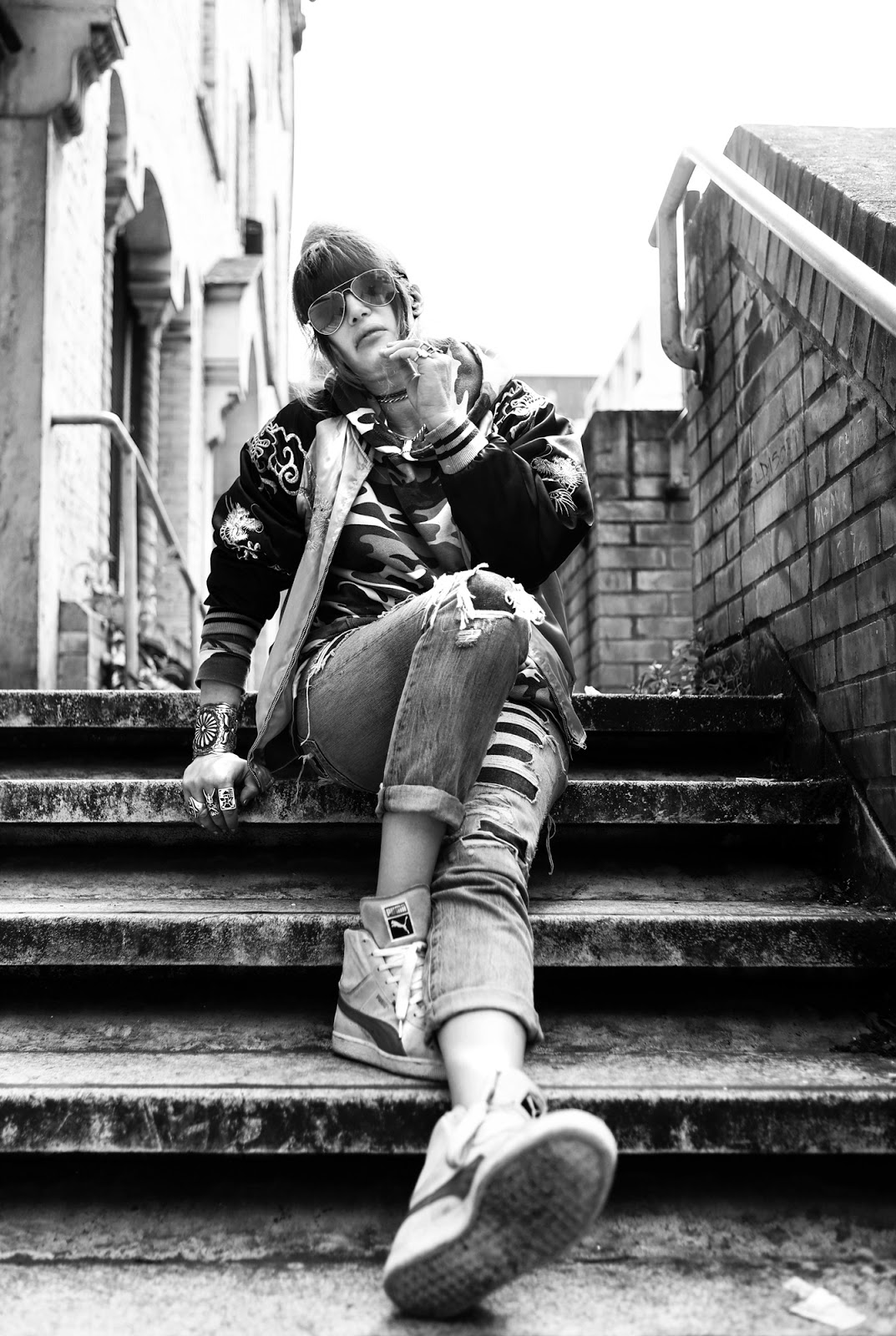 Talking about the artwork, RTX/Black Bananas have always collaborated with Andreas Jenna, an artist from Berlin that the entire band are really fans of. "It’s Andreas that usually draws all those intense drawings. He has worked on this new record as well, but this time his artwork is actually inside as opposed to outside, and we had another friend, Nick Bazin to do the front cover”, Jennifer tells me. We sent him out ideas and he put it all together, the fonts, the hand-drawn and all that. We just wanted something different and more minimal for the outside, but Andreas’s drawings inside are still part of the aesthetic.”

I am curious to know how Herrema would define her music and she thinks that exactly like Royal Trux, Black Bananas don’t really fall into any genre and don’t subscribe to any particular production sound, they are just unique and hard to categorise. “Our music is totally inclusive and includes all sort of sounds and genres, like everything I have done since I was sixteen years old. I love so many different types of music, so especially Royal Trux were always about inclusion as opposed to exclusion and were including things that people would have never loved on their own. I don’t think Black Bananas sound is prog at all but it’s progressive, it’s not retro, it’s not an homage, it’s just true to itself.”

Jennifer’s wardrobe has always been part of the aesthetic of her music too. Just like her songs are a patchwork of different styles cleverly woven together, the singer has always loved wearing different layers of clothes simultaneously, from super-sized tees to flannel shirts, to multi-coloured furs, to worn-out jeans and tons of jewelry. Not only she used to model, but she has also designed skate and surf wear and more recently the ‘Road Tested Denim’ range for Volcom. I wonder whether for her fashion is fun or a form of art. “I think there are some fashion designers that can be considered artists as you only see certain things in a museum or on a catwalk. Some of their works are so outrageous and they are truly pieces of art. But at the same time I don’t take fashion very seriously as it’s all very exterior, utilitarian and material, and it doesn’t touch me the same way that music or painting or fine art touch me. But of course there are clothes I love, you have to wear them you know, and I am just very particular on what I like to put on and what I don’t.”

As if she wasn’t busy enough, Jennifer has also written for magazines such as Dazed and Confused and Vice, but she still considers herself a musician more than anything else. “I think the way I approach music, incorporating different styles, is also the way all other outlets came about”, she tells me. “I don’t consider myself a fashionista or an author or anything but at the same time I do those things, and wherever my interest lies and whenever the opportunity is afforded I will just go with it.”

A couple of months ago Herrema & Co. beautifully remixed Liars ‘Mess on a Mission’, and now, in exchange, the LA trio did an alternative remix of the new Black Bananas’ single, the 80s electro-funk ‘Physical Emotions’. Apparently the two bands don’t actually know each other though and everything was done through a mutual friend. “I have never been a fan of remixes to be honest as once a song is done well there is no point in remixing it”, Jennifer says. “But at the same time when people coming from a different music background want to play around with your shit and you don’t have to pay them or anything, I think it’s interesting to see what they come up with. Of course our original version of ‘Physical Emotions’ is better but I think what they did was quite interesting.”

Black Bananas don’t typically get much involved in the making of their music videos and though in a way it could still be considered a collaboration, they don’t dictate anything. “It’s usually a different artist that’s interested in a song and has a vision for it and when we say ‘ok, go for it’ then we stay hands off because it’s our song but it’s reflecting their vision”, Jennifer points out. “It’s the label that spends money on the advertising and of course we want them to and we make decisions on what we want them to spend the money on, but for videos you just get a piece of art and you collaborate with someone that’s interested in your music”. The singer believes that music videos are still potentially a good promotional tool as they are way cooler than spending money on marketing (for instance an ad on a magazine). “I don’t know if videos really help sales, but I know it can be great that there are artists interested in displaying and showing what that song says to them.”

We end our conversation by talking about record shopping, something she still spends lots of money on. She is now particularly happy because after looking for it forever, she finally managed to get the Phantasm soundtrack. “[Bandmate] Kurt was on Instagram and he saw this photograph that Permanent Records Chicago uploaded of all the records in their music store and one of them was the Phantasm album. I immediately called them and they said there were a bunch of people that wanted to buy it but I was the only one willing to pay 80 dollars so I finally got it!”

Electric Brick Wall is out now via Drag City. 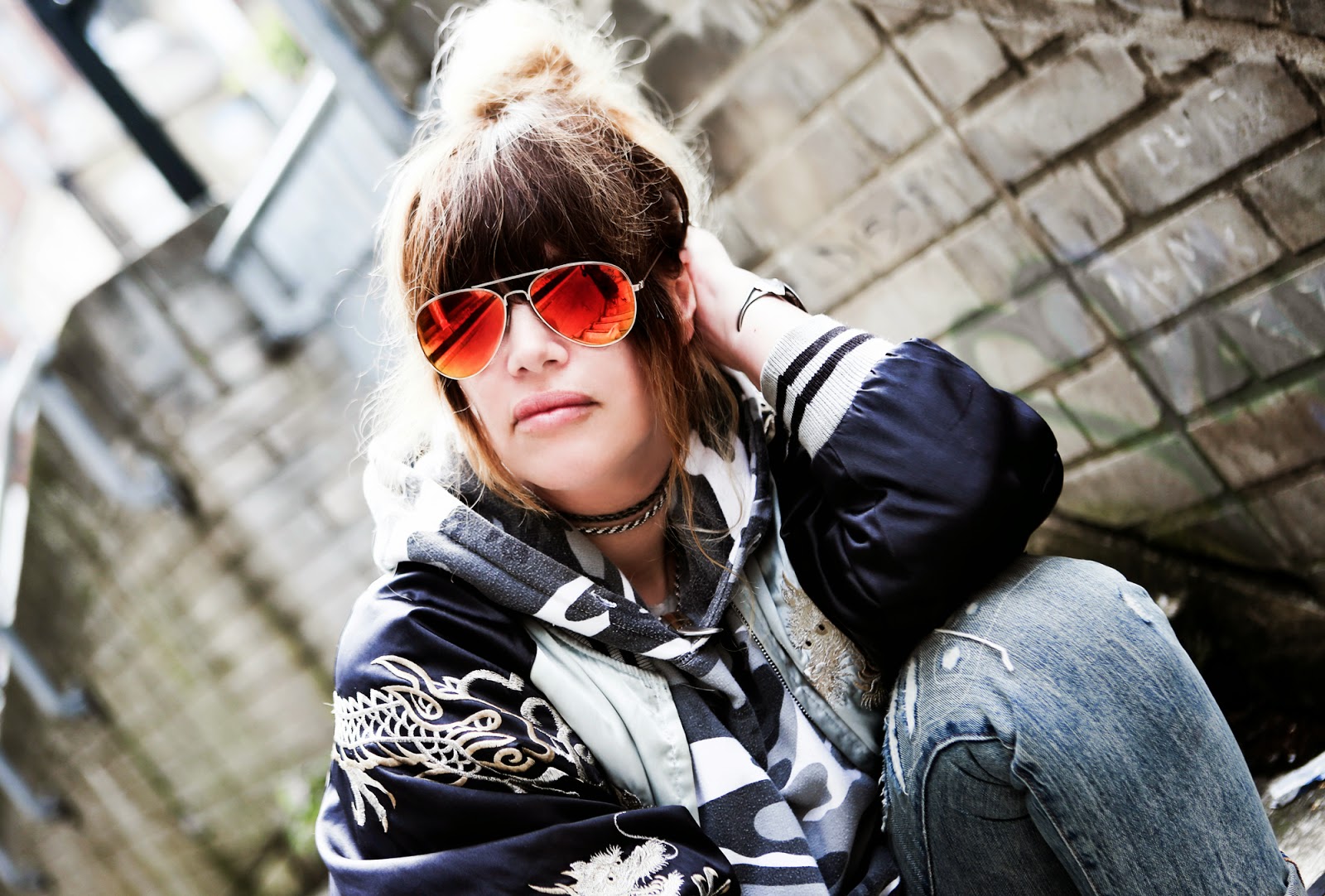