IN CONVERSATION with LA SERA

Katy Goodman, the former bassist of Vivian Girls and current creative force behind La Sera, is in a sunny place. While we are catching up at Hoxton Bar & Grill in London’s Shoreditch, her pretty face radiates calm and happiness.

For over two weeks La Sera have been touring in Europe in promotion of their third album Hour of the Dawn, which, as the title suggests, represents a new chapter in Katy’s life and career. The snarling surf-rock guitars, dreamy harmonies, enticing vocals and heavy bass lines are still there, but the sound is more layered and brighter, her voice now features less echo, and the sonic palette has expanded to power pop, punk, new wave and ’90s alt-rock.

One of the main reasons behind the incorporation of all these new sonorities is the change in the lineup: Todd Wisenbaker (Rilo Kiley, Jenny & Johnny) is now on lead guitar, Nate Lotz on drums and Greta Morgan on rhythm guitar, while Katy still plays bass and sings. Especially Todd has been such an important addition. He and Katy first met at CMJ in 2010 when La Sera opened for Jenny and Johnny at Irving Plaza during the famous New York music marathon. A few months later, La Sera toured with Jenny and Johnny in UK and that’s when Katy and Todd got to know each other better. “After that as we both live in LA we were seeing each other around a lot. Then two years ago we ran into each other randomly and Todd officially joined the band”, Katy reveals.

Hour of the Dawn is actually the first La Sera’s full-length that Katy wrote collectively with the rest of her band. “We all worked on the new record for about a year, writing and editing”, she points out. “Most songs changed a lot during the process. We did a lot of editing more that I had never done before. This time I came to the table with less and the songs that I wrote were less completed so that there would be more room for people to add parts or make changes, whereas on the first two albums it was basically just me writing the whole songs. For Hour of the Dawn I would only come in with versus and chorus and then work them out with the rest of the band. And I love the result. I think this record turned out a lot better than if I had done it all by myself.”

The album was recorded in East Los Angeles in the studio of friend Joel Jerome in summer 2013. Todd engineered it and Joel produced it. “It was very hot, it was like 100 degrees Fahrenheit in the studio”, Katy recalls. “We recorded over a month so we would only go in maybe two or three days a week” 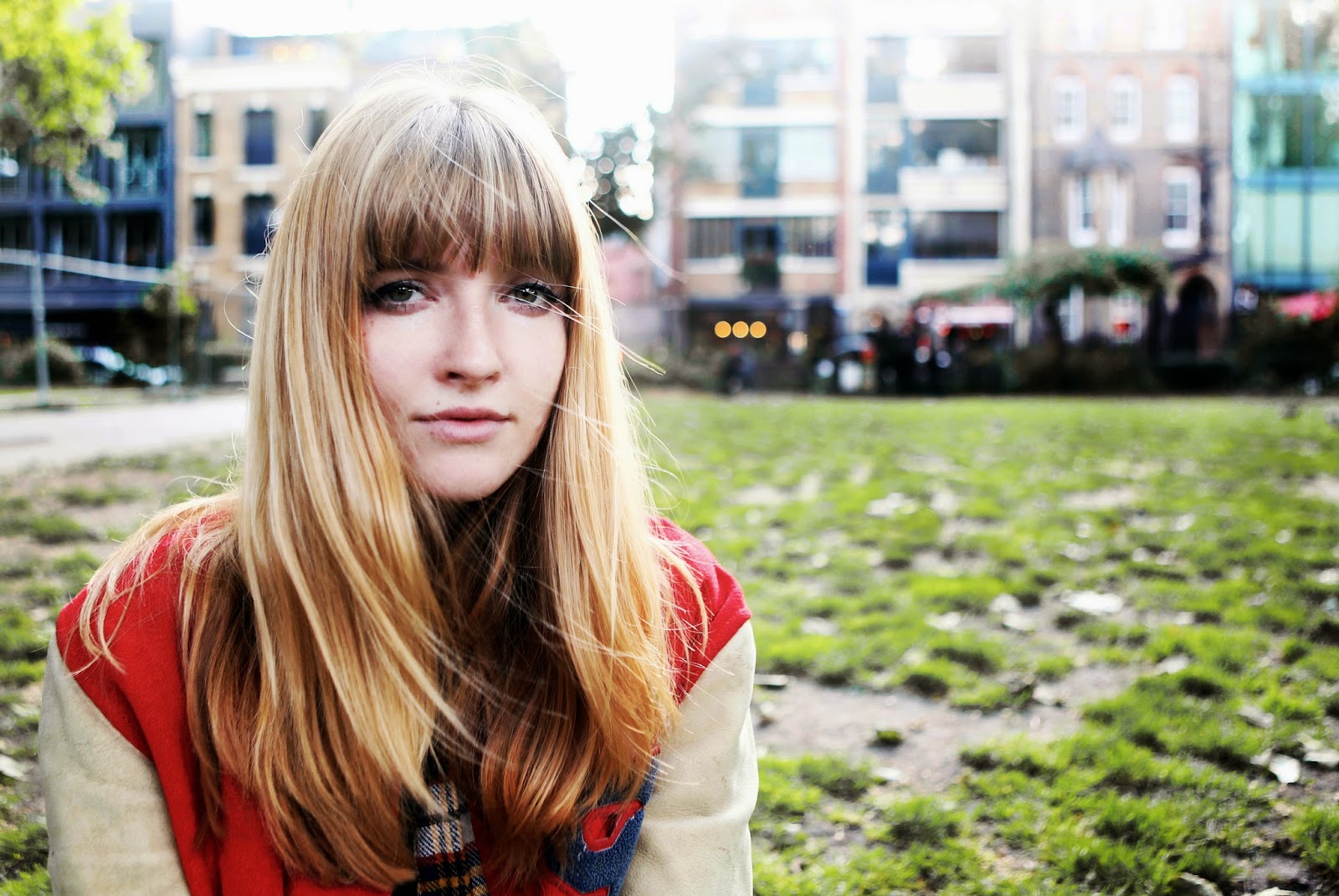 Lyrically, Hour of the Dawn represents a goodbye to a messy past and a welcome to a new day, something that somehow makes it a sort of concept album. “What I do as a songwriter is taking long breaks between writing, therefore when I begin working on a new record it starts becoming a kind of concept album on its own”, Katy explains. “The songs that I compose over a short period of time are usually linked together either musically or lyrically depending on what I write first. All the tracks on  Hour of the Dawn were written over one year period when I was definitely grateful about my life, very different from the way I used to be, and that came through in a lot of the songs either literally or metaphorically, and therefore it became a happier record on its own though I didn’t consciously set it to be like that at the beginning.” The album title (which is one of the song titles as well) also reflects this new-found optimism. “It was only towards the end that I realised that title could fit the entire record so I decided I was going to name it like that."

The album cover, a picture of Katy joyfully dancing in a Poison Idea shirt, also perfectly captures the happy, sunny vibe. The photo was randomly taken by Eddie O’Keefe, the boyfriend of new La Sera’s rhythm guitarist Greta. “ We were all in Topanga Canyon watching some bands at this weird music festival and Eddie kept pointing the camera at me”, Katy remembers. “Then he just took that picture while I was walking towards him and put it on his blog later. When I saw it I was like ‘Hey I like that photo, take it off your blog because I am going to use it as the new album cover’, and of course he was cool with that. All I wanted for the cover was an image that captured movement and happiness, so that just works perfectly.”

Pretty much all reviews and articles about Hour of the Dawn you have read, or are going to read, quote Katy stating that for this record she wanted to sound like Lesley Gore fronting Black Flag. “That’s funny because that was actually a joke I made about the first song ‘Losing to the Dark’ and now it’s everywhere!”- she clarifies straightaway. “That was my take on the first track, not the whole album, because I thought it sounded like that but not every new song does. And now in every single review they’re quoting that either agreeing or disagreeing. It’s controversial somehow because a lot of people just don’t realise there are quite a few Black Flag songs which are actually pretty slow, that’s why I feel the comparison somehow works especially for ‘Losing to the Dark’.

My personal highlight is ‘Kiss This Town Away’ (I just can’t stop listening to it, it’s so catchy!), so I am pretty happy when Katy tells me they are going to make a video for it. “I can’t really get into details on what the songs are about because they are all personal situations, but that track is about leaving your hometown, as sometimes your hometown can be a very negative place to hang out, just because it’s the same old things”, she admits. “You need to go out in the world and experience new things!” As she recently moved from Brooklyn to Los Angeles I wonder if that’s what the song is really about. “No it’s not specifically about my life, it’s more general, it’s a concept about everyone. I grew up in New Jersey and I still love New Jersey so it’s really not about my personal experience, it’s more about getting free.” Apparently the original concept for Hour of the Dawn was quite different from what it ended up being as Katy was keeping writing lyrics about a group of people trying to free themselves from captivity. “ I don’t know why but I was composing a bunch of songs about mind control and trying to escape”, she explains. “ The only song from that period that made it to the record is ‘Control’. ‘Kiss this Town away’ could also belong to that period because it’s like ‘hey, you gotta get out from here, you gotta get free, you gotta be happy”, which in fact is the feeling that stayed for the whole album.”

Though Katy insists that this invite to leave the monotony of your hometown and embrace new experiences is not necessarily linked to a personal event in her life, she clearly seems in a happier place since she moved to Los Angeles, a city she has always felt she belongs in. “I love it there and every since I went there for the very first time it has been my home and I have thought that way. The first time I visited LA I told all my friends that I was going to move there and then two or three years later I did it for real. I am so happy about it and I made a really good home for myself with pets and everything.”

We carried on discussing other songs on the record and how some titles were created. I am curious to know more about “10 Headed Goat Wizard” as that’s quite an intriguing title and she confesses it was actually Todd that accidentally came up with that. He wrote all the lyrics and towards the end of the song there is the line “Thank God I exist”. Katy wasn’t initially sure whether or not to mention God as she preferred not getting into such a sensitive topic, so Todd said that it didn’t necessarily have to be actual God but it could be anything, even a ‘10 headed goat wizard’ and that ended up being the song working title for a while. “Later when it came down to the actual recording we were all like ‘let’s use that title for real so that people can be confused’, but it really came from a conversation about language and what words can mean”, Katy points out. “Sometimes it’s more about the romance of the language than the literal meaning of the words.”

Much to their fans disappointment, Vivian Girls officially called it quits last January and played their final show in New York in March. Though she’s still very close to ex-bandmates Cassie Ramone and Ali Koehler, Katy feels that was for the best as they are all at different stages of their lives now and all concentrating on other projects: Cassie has been busy releasing records with The Babies and also currently working on a solo album, Ali is in another band called Upset with former Hole drummer Patty Schemel, and Katy is clearly putting all her efforts into La Sera. “It’s very tiring to keep going with the same band just because you can”, she tells me. “I think if you don’t feel super excited about the music you are making then you should do something new and that’s what we are all doing now. We are all working on other things we are very excited about and Vivian Girls were standing in the way and by carrying on with them we wouldn’t have been able to dedicate time to our own projects. In a way it’s sad as we all love each other and we like making music together but who knows, maybe we will all play together again at some point.”

Hour of the Dawn is out now on Hardly Art. 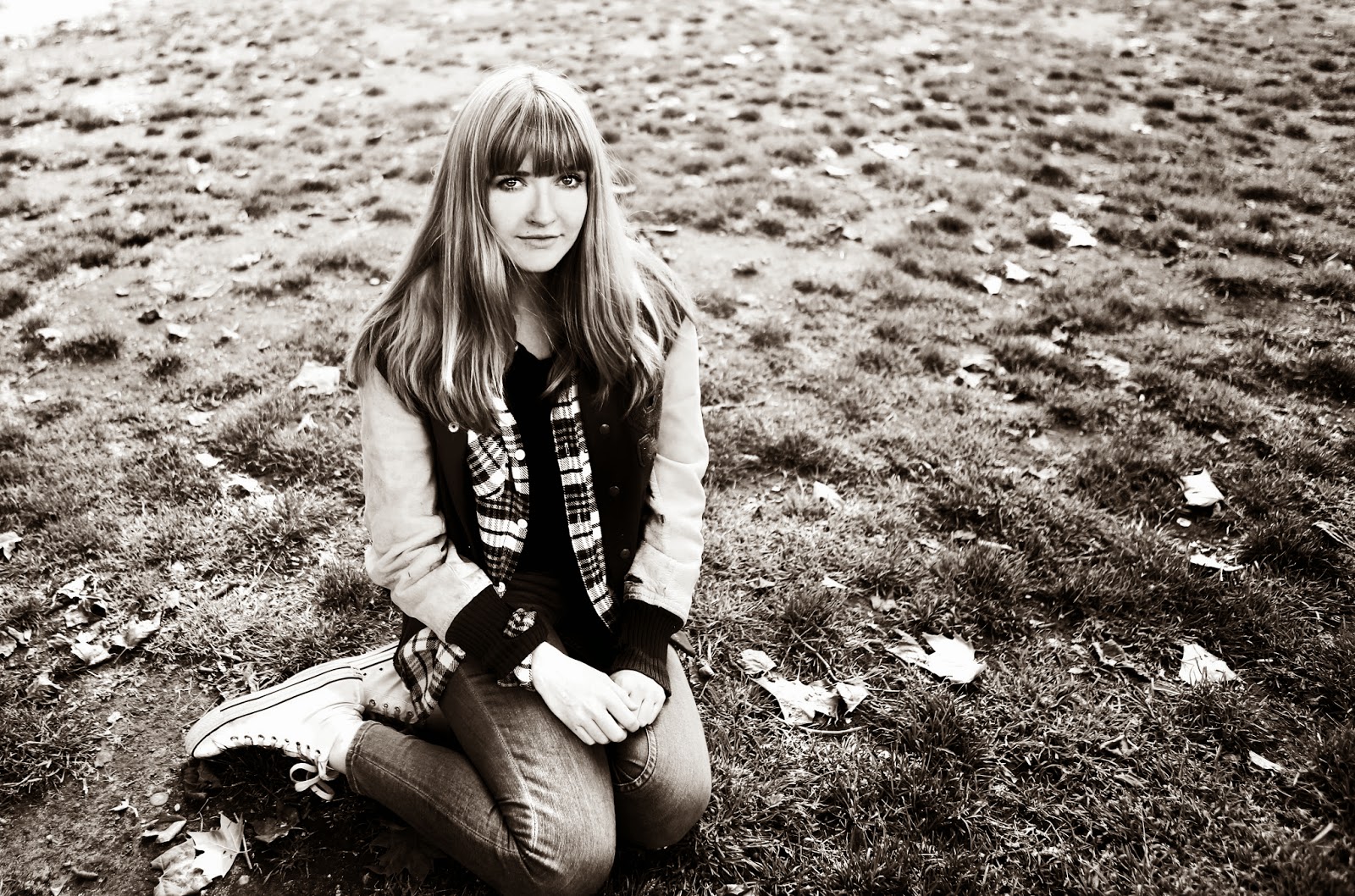