There has always been something out of the ordinary about Kristin Hersh. Preternaturally bright, she went to University at fifteen and in the mid-‘80s began playing music clubs she was then too young to frequent. Known for pioneering a singular form of alternative rock as well as writing surreal, poem-like lyrics, the Rhode Island singer/songwriter released seven full-lengths with her band Throwing Muses before they broke up in 1997. She subsequently pursued a solo career to then reunite with the band in 2003 and simultaneously start another project, 50 Foot Wave, with Throwing Muses bassist, Bernard Georges.

Also author of a children book and a superb memoir (Rat Girl), today Hersh is as musically prolific as ever. I got to hang out with her when Throwing Muses played in London in support of Purgatory/Paradise, their first album since 2003 (excluding a 2011’s Anthology). An ethereal, fairylike glow seems to surround her tiny body and big, blue eyes. She is soft-spoken, funny, willing to share her unique views on music, the world, her private life.

The new Throwing Muses album (which came out last November) was written and recorded over many years. It sounds absolutely stunning and cohesive, but as it had such a long gestation, I wonder if when it was finally ready to be released, Hersh felt that somehow she wasn’t equally connected with all the thirty-two songs. “The tracks that ended up on the record are the ones creating the cohesive element that makes the little planet”, she tells me. “I think we had around seventy songs and hundreds of production elements that we tried out but didn’t serve the album. They might have even worked, but the less you can use, the greater the impact of each element, and we are very good at editing. So what remained is what Purgatory/Paradise had to be.” She confesses that the band is particularly proud of the result and thinks this is the record they can finally die after having made. “This was the first time we were very happy leaving the studio. Maybe because we were never really leaving the studio, not till the album was mastered, and it was actually mastered twice! It really took us about five years to make it.”

Many songs feature on Purgatory/Paradise twice, sort of as two alternate versions, like “Morning Birds 1”/”Morning Birds 2”, “Smoky Hands 1”/”Smoky Hands 2” and so on. I am curious to know if we should consider them as alternative ideas of the same concept or the continuation of each other, and she laughs explaining that she thinks of a record as a planet and the songs as little volcanoes. “So if the ‘Morning Birds’ volcano needs to go off in the Southern hemisphere it goes off, and then if it needs to go off in the Northern hemisphere it goes off there. And it’s the same volcano, just with an opposing eruption!”

Like Hersh last solo album Crooked, Purgatory/Paradise was released as a book, containing song lyrics, artwork and a code to download additional songs. She wanted the music to be offered with images and essays in order to add dimension to the recorded material, something that comes from her idea of music being a gift and the desire of not being attached to the copies of the product. “You have invested in the work itself, serving the songs, but then you have to be able to step away”, she explains. “Yet there is something social about the process as we just don't play in a garage, but we try to capture a moment in the studio. So rather than marketing word-of-mouth acceptance, we want people to move the product between each other, and you can’t do that by pushing your soundtrack on anybody else, as that’s really such a bossy thing to do, like talking about politics or religion! But if you hand somebody a book, which unlike CDs is still something valuable, then it’s a gift!”

For her there is something sacred and magical about making music and offering it to the fans. “We have been about impact. We haven’t been about anything pretty, but impact is a kindness and a beauty”, she says of the legacy Throwing Muses will leave behind them. “What we do has never been for anyone but the ears that wanted it, and we have never tried to sell ourselves as anything we aren't. Hopefully what we have done has never been mired in trends or an era, because otherwise it would be a finite gift, and you want a gift to go on.”

The daughter of hippies, Hersh never liked remaining in one place for too long, and has spent most of her adult life moving around the States, from Massachusetts to Los Angeles, to Joshua Tree, with her long-time husband/manager Billy O’Connell and her four kids. “I like keeping my senses engaged all the time”, she admits. “You never get sleepy in your life if there is always something catching your attention. I also have a deeply unsettled nature and I suspect that the songs are my only home, so I am looking for a place that would resonate as much as music does, but I still haven’t found it yet. Maybe when I do I will stop writing songs.” 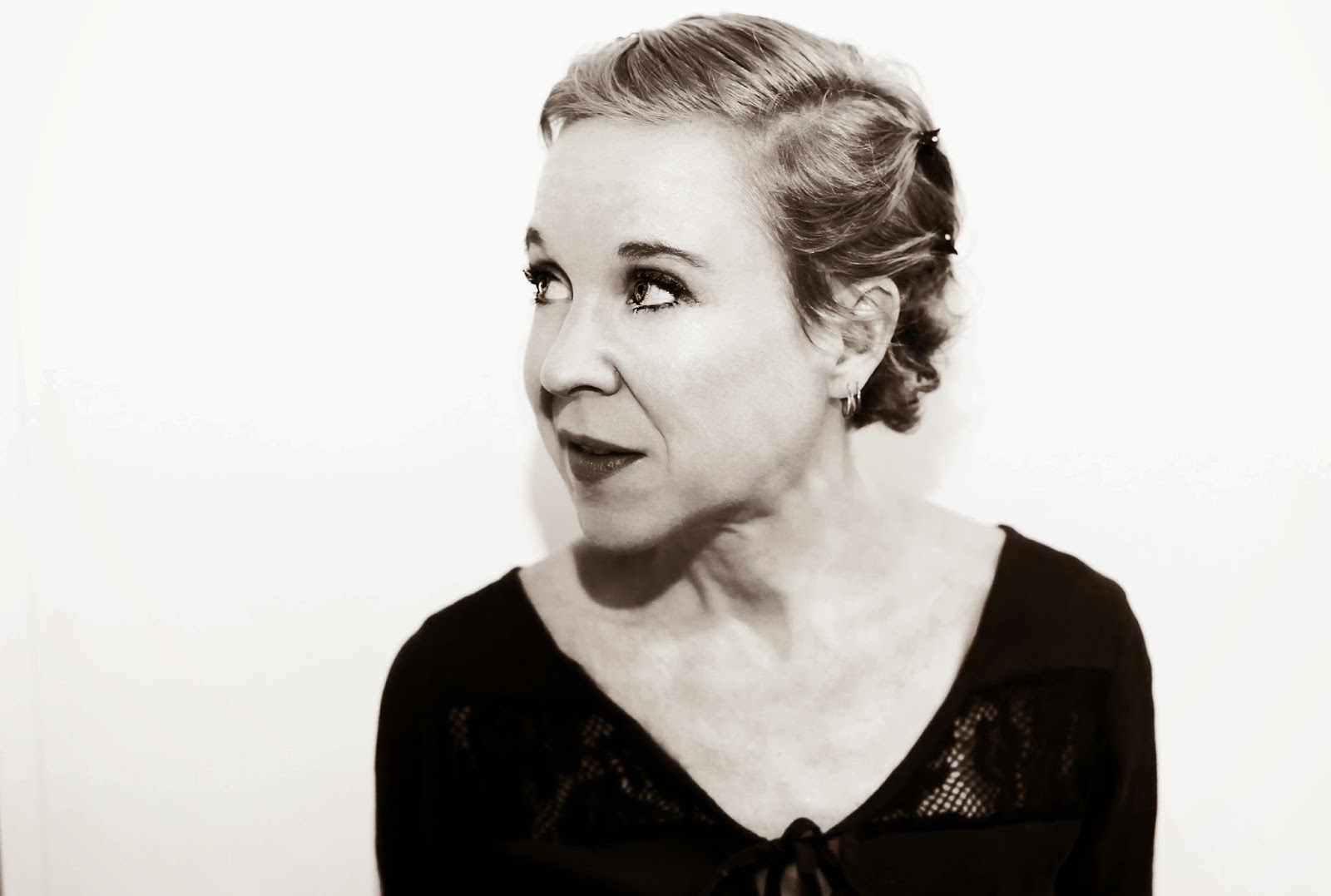 Now she is more or less settled, spending half of the year in her native Aquidneck Island, RI (where her studio also is) and the other half in New Orleans. Like me, Hersh thinks The Big Easy is a magical place, but somehow it has changed and lost its edginess a little over the years. “It has been adopted by Americans from other places, mostly New York and Los Angeles. Now they are making more movies in New Orleans than they do in Hollywood, and people that are working on the movies have started to buy places there and change its face and possibly its values too. The city has always had old-world values deeply rooted in the ideas of sin and redemption, and in the concept that they will forgive you whatever gets you through the night. But that’s not like Las Vegas, it's more about celebrating our depths and achieving height through that, which is a philosophy I really like.” What she loves the most about New Orleans is the familiar warmth you can feel everywhere. “When you walk through a drugstore you are not your job and neither are the clerks or anyone else in there, you are all human beings in a family. I don't think I have ever been in any other place where that is a given everywhere you go, and I am afraid the city will lose that. Tourists have always come and gone, it's more the people that are moving there that are really changing the place.”

Still speaking of NOLA, the song “Milan” from the new record is about the neighborhood where Hersh moved to after her house was destroyed by Hurricane Katrina. “Our house was flooded, and two floors and the ceiling collapsed”, she recalls. “We lost everything, all the money that we had ever had, and people had to take loans out for us for almost a year. It's not that we were on the street, as we were touring, but we just didn't live anywhere. The Milan house was after that, when we moved to New Orleans for real and we finally stayed.”

At the age of sixteen, Hersh was involved in an accident, when a car knocked her off her bicycle and left her with double concussion. She began hearing music in a way she would later describe as a kind of possession and has always seen herself more like a transcriptionist and a vessel rather than a songwriter. She hears the melodies first, then the instruments appear and with them the lyrics. “I usually don't know what I am singing till someone tells me”, she reveals. “I don't hear the syllables as language necessarily, not the same way language is used in conversations anyway. It is more about verbs, impressions and engaging than it is about self-expression or communication of any kind. I know that a lyric is right if it doesn't get stuck in my throat and feel like a lie. And that is all I know about it, sometimes not until I sit down with a journalist who tells me what I am singing”, she giggles.

Hersh has always been endearingly open about the bipolar disorder that has haunted all her life as well as her perpetual insomnia and other psychological problems she has suffered from. Last year she underwent a post-traumatic stress therapy called EMDR (Eye Movement Desensitisation and Reprocessing), which appears to have done miracles. “It really cured me. Some people are just done in one or two sessions, but it took me six months because it revealed an alternate personality, which usually involves a slower process. It is a very crazy stuff, you pass out and vomit, in fact it’s so impactful that people can have heart attacks, so you need to be near hospitals while being treated. But EMDR is a systemic response because your psychology is focused on avoiding a trauma and placing it back in time. As long as it is in the past you don’t have to face it anymore, but you have to relive it first, and reliving it is when people have total breakdowns.”

After being on 4AD and Warner Bros for many years, in order to better control her career and the distribution of the recorded material of all her music projects, in 1996 Hersh created the Throwing Music label with her husband/manager. She admits that she has never thought of signing any other bands on the label as she is somehow lost in her own world and also not into a lot of music nowadays. “I think the good music at the moment is probably happening in private, in garage, basements, bars. When someone is trying to sell music, there is usually something wrong with them”, she jokes. “We were shocked that anyone wanted us to do what we did. We just started the band because we were on an island, where either you surf or you are in a band, but we just couldn’t surf”. Thank God!

In November 2007 she also co-founded CASH Music, a non-profit, open-source software project for recording artists, through each she released a series of free one-track-per-month of both her solo material and 50 Foot Wave. “I am very happy with the results CASH Music has been having. That’s a lot of generosity to have covered so many projects, especially because none of the people involved are rich. I thought some of them would be the wealthy rockstars but there are people who struggle that want a soundtrack. I am moved, but I wish they didn’t struggle, that’s the rule. I told people ‘you are not allowed to give anymore because it’s hard for you, so just take a few months off and then come back later’”.

And now that Throwing Muses is done touring for this year, what is in Hersh’s pipeline? “I have two solo records done, I guess. I didn’t realise it and I thought I was just making one, but I booked some time in the studio after this tour and the engineer told me I have forty songs to listen to. I had no idea I had recorded forty songs, which sounds like two records to me unless a lot of them suck!” 50 Foot Wave has also a new album in the making, currently been mixed in Los Angeles. So fans, rest reassured that you will be able to hear lots of new material soon. 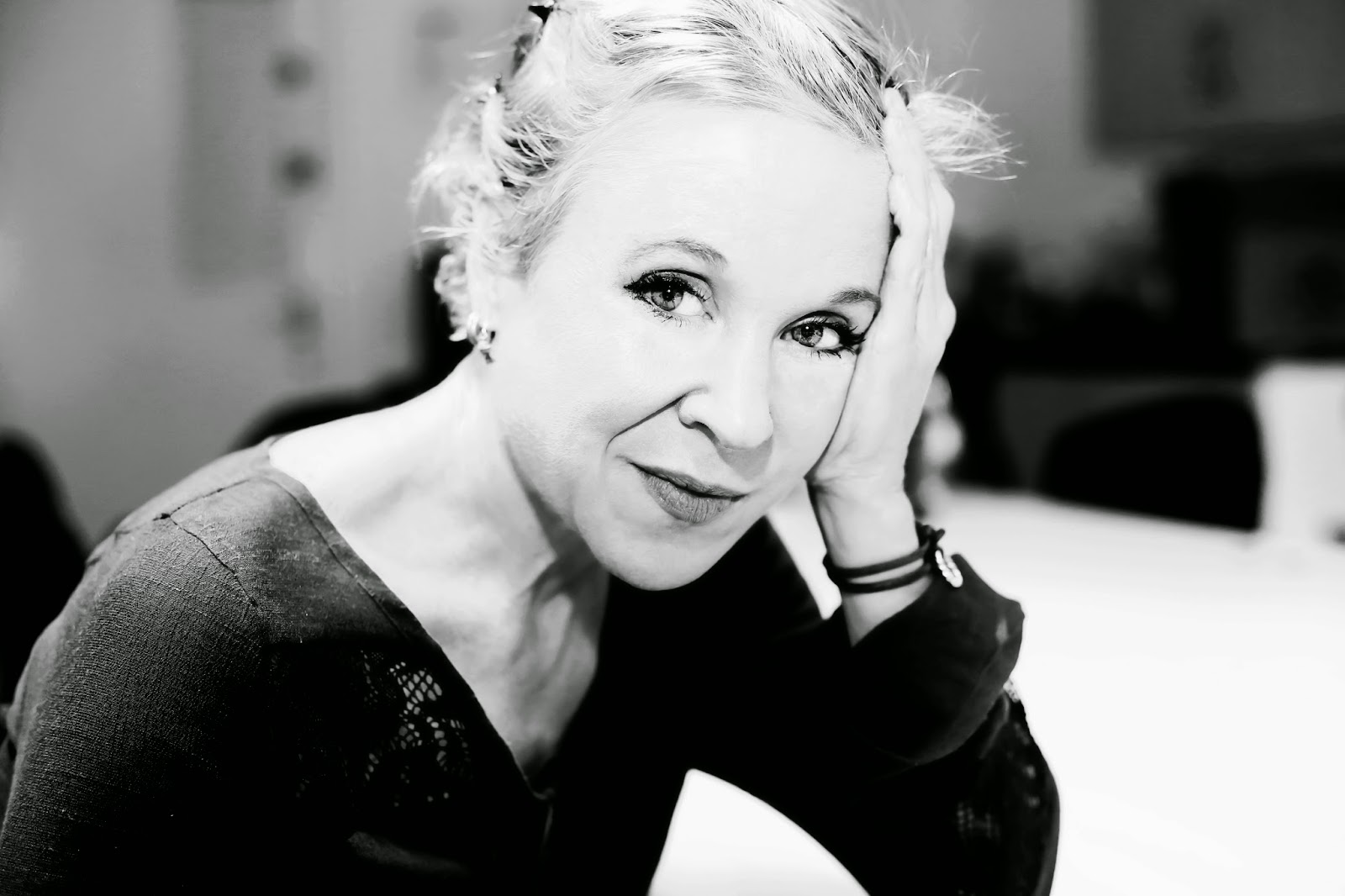