IN CONVERSATION WITH DEAP VALLY

Deap Vally talks about new record Femejism, working with Nick Zinner, Desert Daze Festival and the weirdest thing they have in their house

Before meeting Lindsey Troy and Julie Edwards, a.k.a. blues-rock queens Deap Vally, based on their music and stage presence I had pictured them as two L.A. eccentric, rebel girls, a contemporary version of The Runaways. Instead, I found myself hanging out with two charming, polite and extremely professional musicians. No sight of alcohol backstage, just Troy on vocal rest, sipping a herbal tea with honey, Edwards with her gorgeous baby Mira, and a friend helping her out with her new-mum duties.

Their debut record, the gritty garage-blues masterpiece Sistrionix (which came out on Island Record in 2013), took the rock music world by storm and saw them climbing to celebrity heights almost overnight. With their powerful, visceral feminist anthems about career, sex and beauty, Deap Vally conquered the press, played massive festivals like Coachella and Reading, and gained a huge, loyal fanbase.

After touring endlessly, parting ways with their label, taking some deserved time off, going through personal changes and switching hair colour about a dozen times, the Californian duo finally started working on a new record. Femejism (yet another word pun created by Edwards) is probably a little heavier and catchier, a bit more ‘70s rather than ‘60s, but still very Deap Vally at its core. 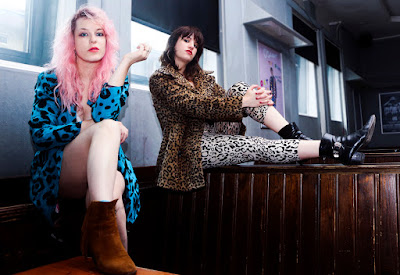 Writing the sophomore record might be a tricky task for most bands, especially when the debut album was as critically acclaimed as Sistrionix was, but Deap Vally didn’t feel any pressure at all and after leaving a major label, they were actually excited to finally make music the way they wanted to. “We wrote Femejism when we were between labels so we financed it ourselves, therefore there was really no pressure because we did it on our own time schedule, being able to listen to each track and get perspective, while carrying on living our lives”, Edwards explains.

Aside from a couple of tracks produced by Deap Vally themselves, Yeah Yeah Yeah's Nick Zinner, whom Troy and Edwards first met while opening for the NY band at a couple of American shows back in 2013, was in charge of the production. After keeping running into each other at festivals, it was actually Zinner who offered his help should the girls want to make another record, something the L.A. duo was honoured to accept when the right time came.

While the first album was written completely outside of the studio, all the songs’ structure and lyrics of Femejism were discovered whilst recording in the studio. “Nick would sit in and make us do several spontaneous live jams in a row to try to accidentally find some awesome stuff “, Edwards recalls. “He was really brave to sit there while we free-jammed because that could be a scary musical experience! Then we would just email each other those IPhone recordings back and forth, debate which ones to incorporate in a song, then go back to the studio and start jamming those ideas into songs.”

Deap Vally have planned a visual accompaniment to every track of the new record. “The music definitely stands alone, but visuals are such a fun, awesome addition to it”, Troy says. “Creatively, I think our videos really opened up this album cycle”, Edwards continues. “For the first record the videos were very cool lifestyle, gritty downtown Los Angeles, whereas the videos that are going to come out for Femejism are a bit more fun and less cool, and a bit more surreal.”So far, for the raw , abrasive ‘Royal Jelly’, they teamed up with director Jess Holzworth to make a dream-like video starring Georgia May Jagger dancing as a mime, whereas Bosnian-born Canadian filmmaker and musician Nina Ljeti directed the more laid-back DIY-aesthetic video for "Smile More".

Together with visuals, the duo has always given a lot of importance to their look too, going as far as to design their own stage costumes with the help of stylist Michelle Rose. “We are not a jeans and T-shirt type of band. We love the idea of putting on a show and wearing on stage something over-the-top that you can’t find anywhere else”, Edwards points out.

Deap Vally is also known for performing shoeless, something that adds drama and coolness to their 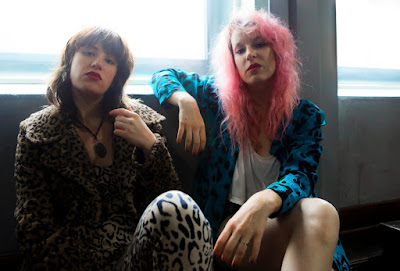 shows. “It is nice to be connected to the ground as it gives you firm footing. There is no heel getting in the way or shoe constricting your foot. It just feels the most raw and vulnerable, which is important for us as performers”, Edwards explains.

Troy also occasionally knits hats on the road to sell at the merchandise table the same night. She actually learnt crochet from Edwards, when the latter was running workshops at her L.A. knitting shop. It is how the two met in the first place. “Unfortunately when we started touring a lot I had to sell the shop, but it is still there, which is nice as I can just go there and visit”. Edwards tells me. “Nowadays I barely do any crochet anymore, as saying that I have no time is an understatement…”

Edwards has been very busy indeed. Along with being a mum, she has been playing bass in her husband’s band JJUUJJUU, and the couple are also the organisers of the Desert Daze Festival. Initially conceived as a side party of Coachella five years ago, the first edition became an eleven-day festival at a dive bar in the Colorado Desert. Reducing the number of days, the following year they decided to carry on independently from Coachella and kept going from there. This year the festival will be run in Joshua Tree from the 14th till 16th October, featuring a lineup bigger than ever with the likes of Primus, Television, Suicide and The Black Angels. “It has been really blood, sweat and tears”, Edwards comments. “My husband is the real curator. Everybody around him is piping him with ideas, but he is the one busting his butt getting the lineup together and figuring out things. Festivals are so much fun. We love the challenge to win the audience over, and also you keep running into the same people so you make friends. It is like a summer camp!”

Finally, we ended up discussing weird objects kept in our house and Troy tells me that she still has all her wisdom teeth in their little case, while Edwards has kept the dead mouse that her cat caught preserved eternally in formaldehyde. Maybe, after all, they are the eccentric girls I pictured them to be……

Femejism is out on 16th September via Cooking Vinyl 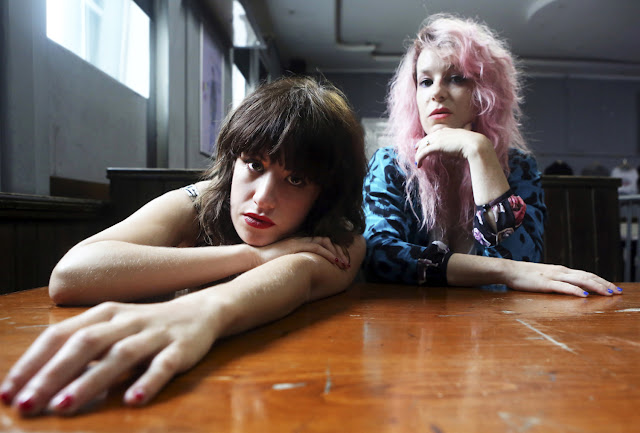 Originally published on London in Stereo
_____

Posted by Eleonora C. Collini at 9:41 am