IN CONVERSATION with BANKS & STEELZ

Banks & Steelz discuss "Anything But Words", playing chess and how easy is to work together.

Banks & Steelz is the surprising collaboration between Interpol frontman Paul Banks and Wu-Tang Clan badass RZA; a pairing that could have gone so wrong for so many reasons; the fusion of two music worlds, indie-rock and hip-hop, rightly considered by most people as residing at two opposite corners of the sonic universe.

Against all odds, the result, Anything But Words, is surprisingly very good. As refreshing and catchy as intricate, it organically combines the dark elegance of Interpol with the confident, distinctive flow and influential production techniques of RZA, with guest appearances from the likes of Kool Keith and Florence Welche thrown in for good measure.

The two legends first met at a Tequila bar in their hometown New York in 2011, after Wu Tang’s manager, Tyler Childs (who now also manages Banks & Steelz) suggested they should hang out. “Tyler read that I was talking about RZA being a big influence of mine, so that probably prompted him to get RZA to check me out”, Banks tells me while chilling out on the tour bus a few hours before the duo’s London show at XOYO.

After that long, funny night, the two became pals, bonding over music and chess, but it was only two years later that they decided to start writing music together. Both being super busy men, scheduling was the hardest part of the process, especially because they really wanted every single step to be collaborative. “We made a point to work only together”, Banks specifies. “It wasn’t like I would record something and email it to RZA to ask what he would think. We only really pushed the songs forward when we were both physically in the same room.”

Thankfully, once they managed to get together the creative juices began to flow abundantly, yielding a huge amount of music. “I am not sure about the exact number, but I think Paul, who is very archival and most likely has all the versions of what we recorded on his phone or computer, counted around forty songs at some stage of development”, RZA proudly tells me. 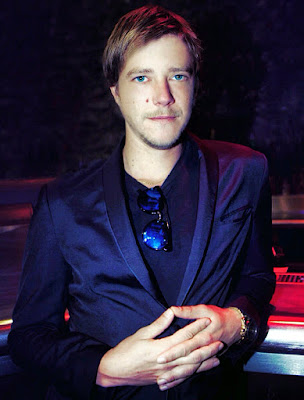 Apparently the creative process was all smooth sailing, with Banks & Steelz never getting stuck on any big disagreements, and even lyrically -something so important for hip-hop artists- it was approached collectively. Of course, there were times when something didn't gel, but they just had to say the words and they would move on to something else. “The song that probably gave us the most looking at it again, redoing it, trying one more time, then trying it again was 'Can’t Hardly Feel'. My performance might have been done three or four times before we decided to land on the original version that, to Paul and me, captured the sentiment of the song”, RZA recalls.

Sometimes it is difficult for artists to critique each other because of their own dynamics built over a long period of time, but in Banks & Steelz’s case criticism is very welcomed. “We like each others directions and taste, so the vast majority of the time we have been in agreement, but even when RZA is not sure about something, that doesn’t affect my ego and I will just play ball with whatever he is thinking about trying”, Banks explains.

As their music is hard to pin down and quite unique, I wonder if they think people have got what they were trying to say. “To be frank and honest that part doesn’t concern me as much,” RZA promptly replies. “I don’t worry about the translation. The fact that it does exist, that we completed this record, which is very organic, whether you call it pop-rock, hip-hop classic, rock-rap whatever, is what really matters, and I am very pleased with it. I would just appreciate a music listener to take a proper listen to some of the songs on the record and feel the energy. You can define that energy when you identify with it.”

Banks has always expressed his huge appreciation for hip-hop music, Wu-Tang in particular, something you can’t necessarily guess from the music he has made with Interpol and as a solo artist, but collaborating with one of his biggest influences wasn’t something he would have expected years ago. “I think I respond well to a lot of RZA atmospherics and production, plus I did a mix tape [Everybody On My Dick Like They Supposed To Be] where I mixed electronic, hip-hop and rock vocals, so I had some experience doing vocals treatments on hip-hop-y music”, he says. “But before working with him, I didn’t know that RZA chord progressions were really strong. I just didn’t realize what a great song-writer he is.”

Also, by spending so much time with him, Banks gladly found out that RZA is a very positive person to be around too. “That is something I definitely admire and try to learn from, to have a more positive outlook on things and just be a happy chap”, he tells me smiling. 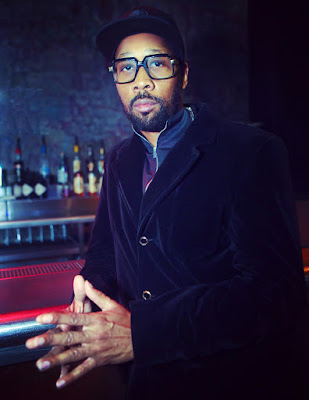 As for RZA, in spite of knowing Interpol by name from being so famous in the NYC music scene, he only properly checked them out after meeting Banks at that Tequila bar. “I am sort of an absent guy when it comes to rock and indie-rock, like for instance I fell in love with Artic Monkeys two years later, and with Interpol it happened even later”, he confesses. “Their song I probably love the most is 'The Scale'. There is an A-level of rock creativity in their music, whether you call it indie-rock or punk-rock I don’t know. I could put an Interpol song on and still be in that groove over and over again”.

On a personal level, what he admires the most about Banks is his perseverance and work ethic both in the studio and on stage. “He won’t bail out on you and that is very important”, he adds.

RZA also thinks that with this project, Banks and himself got each other new fans as a natural result of their music. “We did a show where there were three Interpol super fans that had never heard of me, but they came to me and asked for an autograph as they liked me”, he recalls amused. “I think there is going to be a percentage of people that come to our shows because they are fans of Paul or me and Wu-Tang, and then people coming to discover. But I think that when they all leave they become fans of Banks & Steelz!”

They both have a lot going on outside of this new project, Banks having written quite a few new songs for possibly another solo record as well as planning a potential new album with Interpol, and RZA being busy with his films (the latest of which, Coco, should come out next spring), but they are already talking about new music together. “There is a lot of creative energy between us and many good ideas bouncing around. There are also some songs we have already written, but didn’t make it to the record that I would like to revisit”, Banks reveals.

In the meantime, there is another upcoming tour date in Kansas City, and many more chess games to come. And in case you wonder, apparently RZA always wins. “Unless we are on the clock as, having played a lot of speed chess in my life, I sometimes technically win”, Banks specifies. “Actually, I don’t even know if I have ever even made him at speed chess." “Yes you did”, RZA adds. “I remember that as I was really fucked up, so lets blame it on the alcohol. “

Anything but Words is out now on Warner Bros.