IN CONVERSATION with WOODS 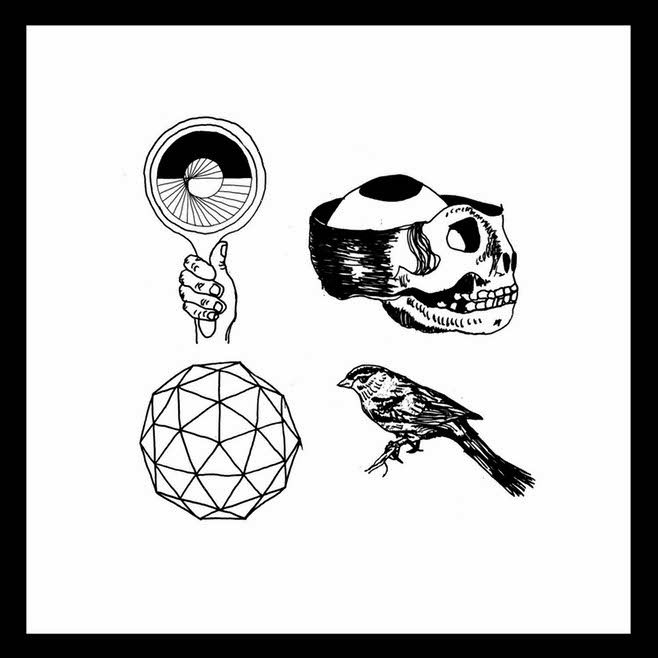 Mixing psych-rock with stoned folk and Krautrock, and interweawing sunny, harmonious riffs with hazy, melancholic vocals, in less than a decade Brooklyn trio Woods have put out an album almost every year, started their own record label Woodsist and curated a festival in Big Sur, CA which has showcased acts like Real Estate, Thee Oh Sees, White Fence and The Fresh & Onlys now for four years in a row.


Two years after critically acclaimed Bend Beyond, their eight album With Light and with Love is coming out on 15th April. I chat with multi-instrumentalist and music producer Jarvis Taveniere over the phone from his home in Brooklyn.

All Woods’ previous records were self-produced and mixed between the house of singer-guitarist Jeremy Earl and Jarvis’ Rear House Studios, but for With Light and With Love the band decided to go into a proper studio and get the help of an engineer. With the only exception of first single “Leaves like Glass” and last track “Feather Man” which were recorded home and then mixed in the studio, everything else was done at Gary's Electric in Greenpoint, Brooklyn with Al Carlson. “I was producing Quilt’s new album", Jarvis recalls, “and Woods’ new material was at a point that it was ready to be recorded, so I flipped right in, same engineer, same room. Previously we had done everything ourselves, so this was the first time we didn’t have to be our engineer but just the band.”

Although Jarvis acknowledges the many advantages of a proper studio and is very pleased with the results, he admits that somehow he and Jeremy were missing the “living room vibe” they had established on other albums. “When you record everything yourself you get a sort of looseness that you can’t get in the studio”, he points out. That’s why last year they decided to re-record the song “Be All Be Easy” from their 2011’s Sun and Shade and a cover of Kinks’ “Gods Children” at Rear House. “We just needed that living room vibe to be present again”.

Those two songs (which ended up on a 7" released last summer) are also the first Woods’ recordings to feature new drummer Aaron Neveu who became an official member following the departure of bassist Kevin Morby. After forming the band The Babies with ex-Vivian Girls Cassie Ramone, Kevin lately decided to concentrate on his solo career. “His departure was totally amicable”, Jarvis declares. “He’s still one of my best friends, we talk a lot and I wish he could still be with us but you can’t be in too many places.”

With Light and With Love is sonically richer than most of their previous material and also showcases a heavier emphasis on percussion and piano. Jarvis is particularly proud of all the keyboard and piano work on the record. “Our friend John Andrews from Quilt joined us as piano and organ player so we were able to add that element and expand it. Also Jonathan Rado from Foxygen played organ on “Leaves like Glass”, “Twin Steps” and “Only the Lonely". "

Out of all the new songs Jarvis is especially happy with the title track, an orgasmic over 9-minute psychedelic jam, reminiscent of some earlier work. “It’s something we kind of worked up live over the past two years”, he recalls. “It was just something we started doing and kept adding to. It then got to a point that it was just a solidified piece of music, and after touring for so long we finally got into the studio and recorded it live.”

Jarvis admits that when Woods started in 2005 they were pretty much just a recording project. “We were only playing some shows locally, and did some touring but it was all very cavemen. I didn’t know how to play drums and Jeremy couldn’t play guitar, so recording was what it was all about for us.” Today they are a confident live band and when they compose songs they almost always think of performing them live already. “It’s very fun to write music in a live setting, or pre-write songs then take them on tour and try them there. We didn’t do that for every song on the new record but maybe for at least 50%.”

In spite of showcasing some folk sonorities in their music, Woods are considered to be part of the psychedelic scene. “I am really into psych-rock and there is a lot of cool bands coming out”, Jarvis tells me, “but I do fear that some of them can actually become a caricature of classic psych bands. Being influenced by the 60s psychedelia is something to play with and some bands have done that very well, but sometimes I am concerned that Woods don’t do that too heavily as that has already happened and has already been done. Bands have to use that psychedelic element very creatively. “

Though Jarvis thinks that festivals can be fun as you basically get to play with your friends on big stages in a sort of silly way, he prefers the intimacy you can only have at club shows where people know and love your music. Touring can be boring though. “It’s the every day’s monotony I dislike the most”, he confesses. “I also really hate that’s hard to be healthy, because you basically sit in the car for hours.”

I ask him when was the last time that any form of art really moved him and he says the recent Mike Kelley’s exhibition at MoMa PS1 really blew him away. “I didn’t really know much about him apart from the Sonic Youth’s Dirty album cover. He did so much work that speaks to me from many different levels. Seeing someone you can aesthetically relate to though their medium is very different just meant a lot to me. I went back a second time as much as I enjoyed it.”

Along with most of Woods’ albums, Jarvis has also produced and mixed quite a few good records by other bands such as Vivian Girls’ Share the Joy, Widospeak’s self- titled and more recently Quilt’s Held in Splendor which came out a couple of months ago and of which he seems particularly proud of. At the moment he’s doing some recording with his friend Martin Courtney from Real Estate. “I don’t know when that will be finished”, he reveals, “as we are both very busy with other things at the moment but it has been a lot of fun.”

With Light and With Love is out on 15th April on Woodsist.
Woods are playing End of the Road festival and a club show at Dingwalls, London on 2nd September