King Champion Sounds is the brainchild of UK-raised, now Holland-based Ajay Saggar. Saggar has been making amazing, yet sadly often overlooked music (first with Dandelion Adventure, then Donkey, then The Bent Moustache) since the ‘90s, along with being part of the indie rock scene as soundman/tour manager of bands like My Bloody Valentine, Sebadoh , Kurt Vile, and now as production manager of legendary Amsterdam venue, Paradiso.

The Dutch collective came to life after being asked to open for Mike Watt at the beginning of 2013. After recruiting vocalist/lyricist G.W. Sok (The Ex), bassist Oli Heffernan (Shrug / Year Of Birds),   teenage drummer Mees Siderius, guitarist Danielle Eden Johnson and a horn section featuring jazzers Ditmer Weertman and Chris Moerland, Saggar wrote some songs specifically for that one-off show. The set they performed that night was then made into a brilliant album, Different Drummer, released in October last year via Wormer Bros.

Last month King Champion Sounds came back with the even more fantastic Songs For The Golden Hour. Recorded and mixed by Saggar with the help of Remko Schouten, and mastered by Helmut Erler in Berlin, the 5-track record was released as limited edition 10” (including a free CD with 2 bonus tracks) on Louder Than War.

You can order the 10” limited edition from here or download the songs from bandcamp.

I caught them up in London where they played a mesmerising set as a part of a Guided Missile Special People Club show at sadly-soon-to-be-closed Buffalo Bar. 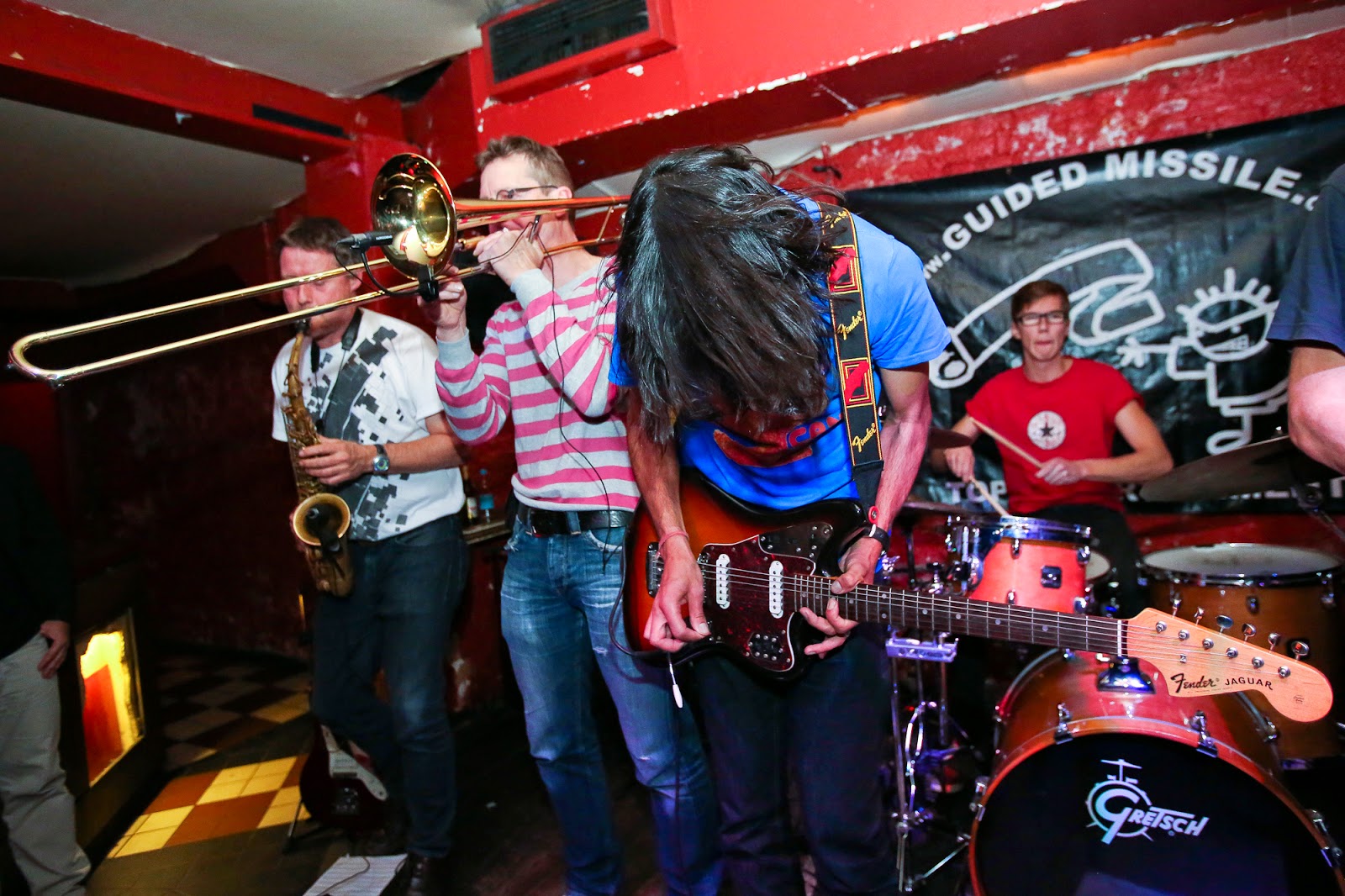 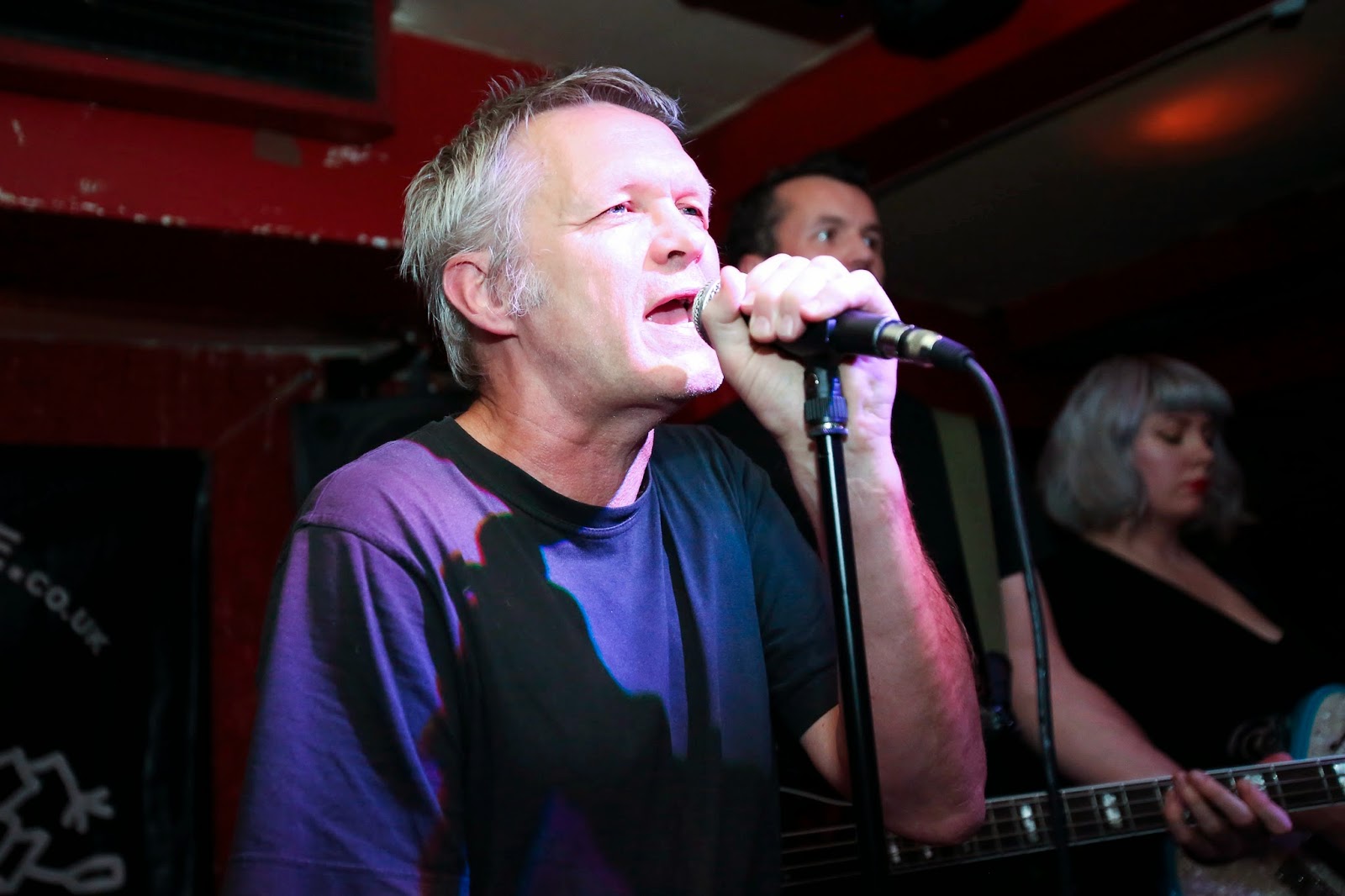 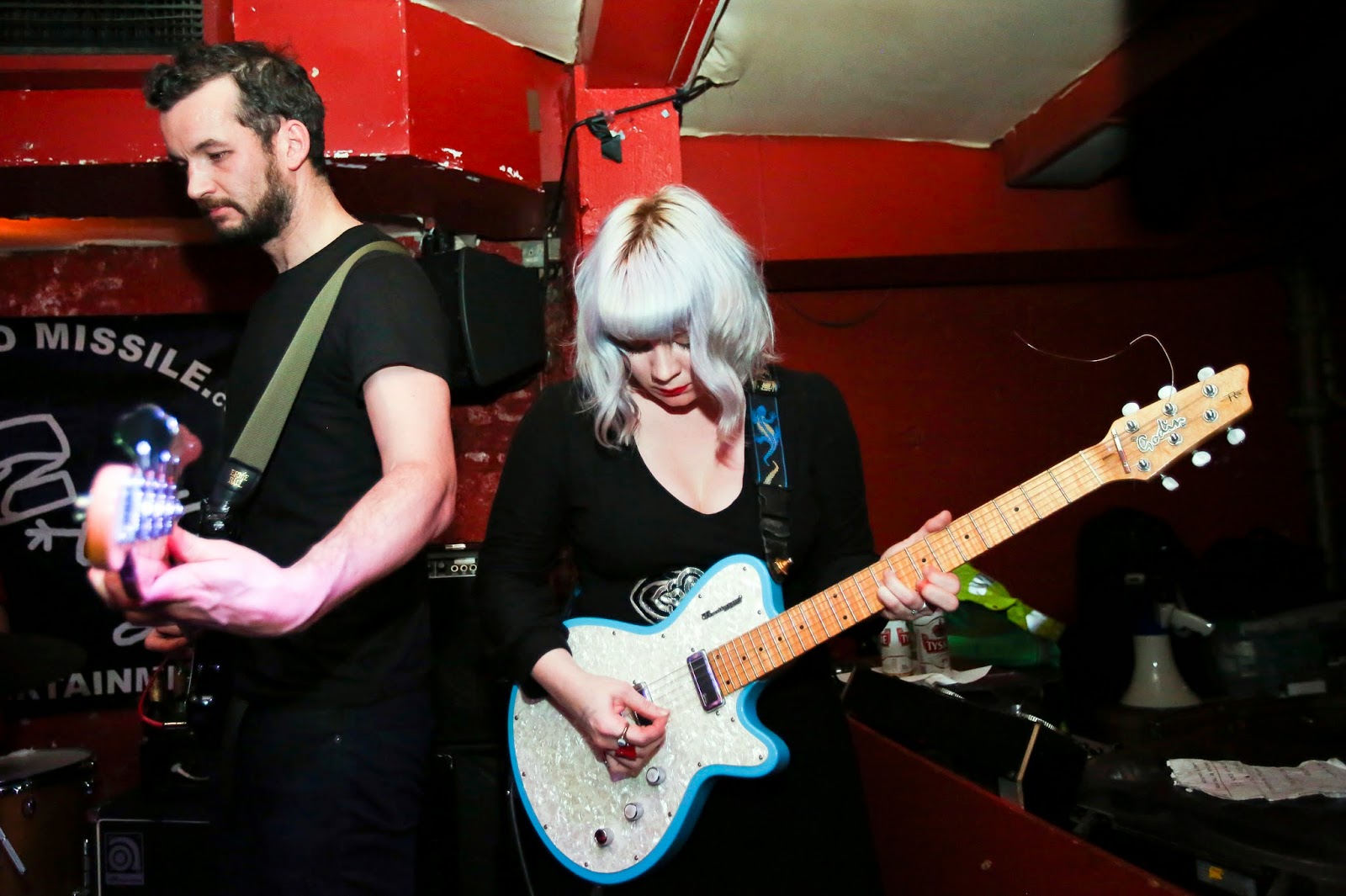 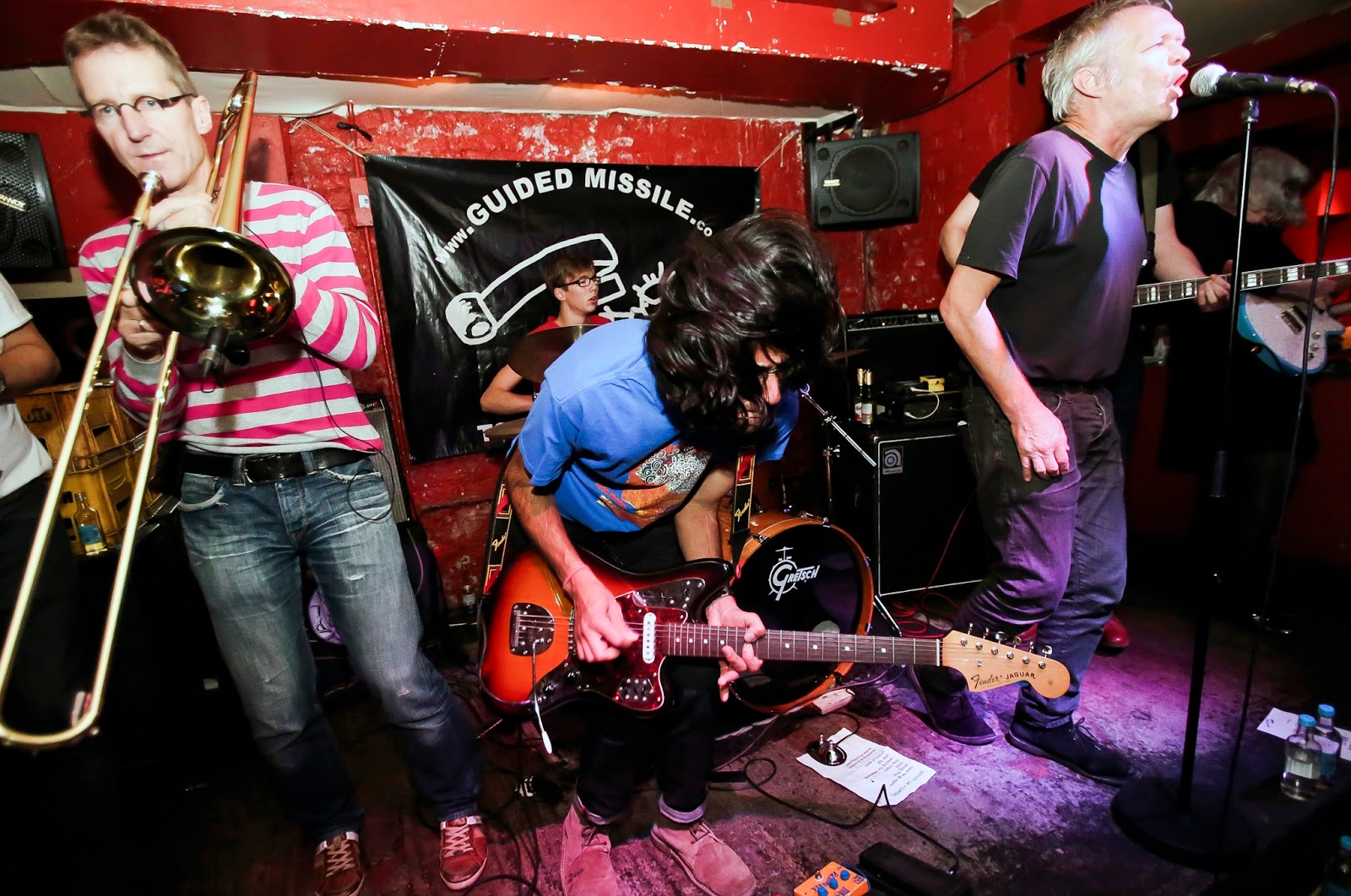 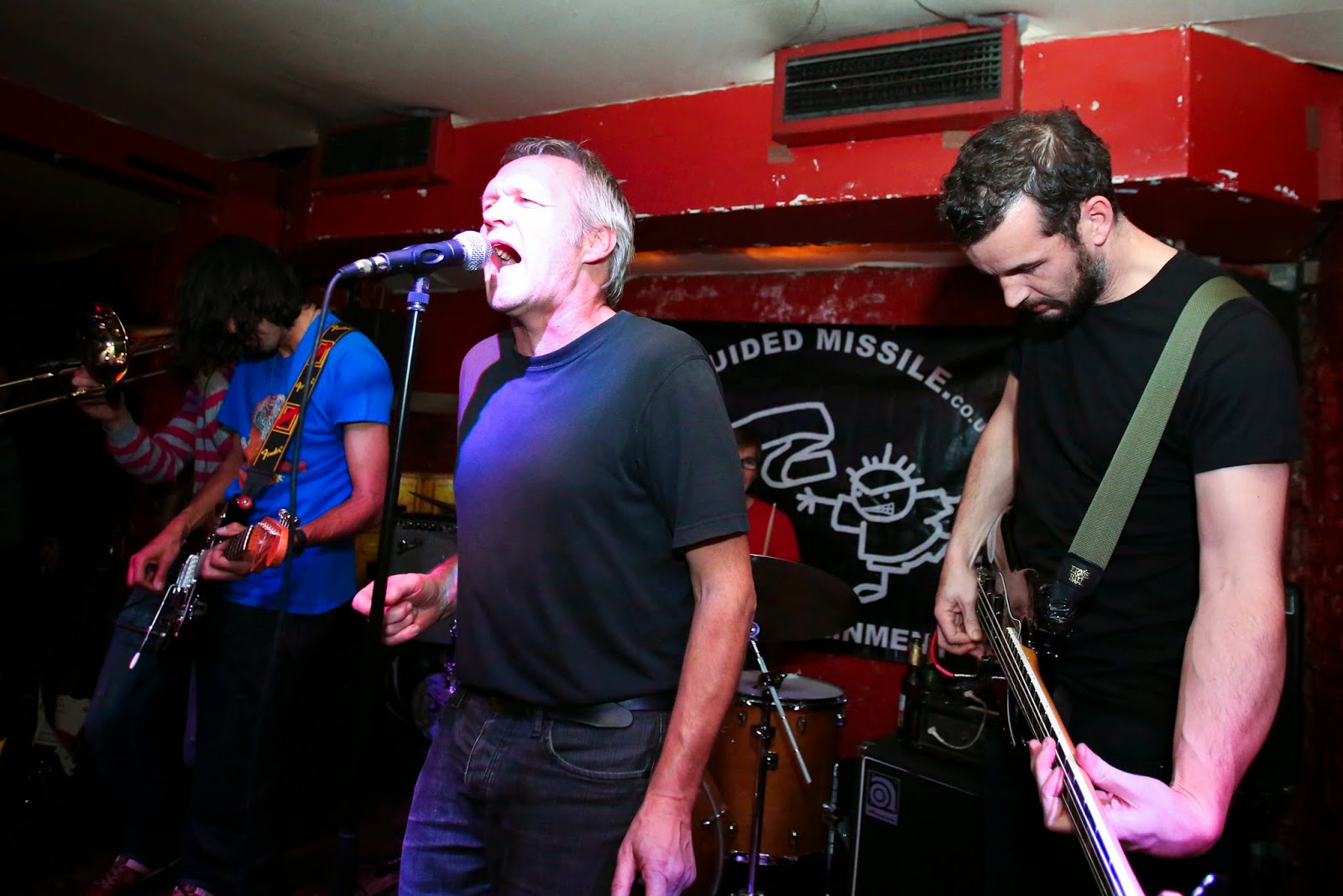