IN CONVERSATION with CHRISTOPHER OWENS

Christopher Owens on new record A New Testament, his writing process and why things with Girls didn't work out

Let’s admit it: nowadays most, if not all, rock music is derivative. It’s as if contemporary musicians wanted to state how much they love a certain genre of the past by just trying to emulate it. Thankfully, sometimes the most talented manage to re-elaborate last century’s music and give their own interpretation of it, somehow creating a unique style. In the case of Christopher Owens, a.k.a. ex-frontman/songwriter of much loved duo Girls and now solo musician, the infatuation with music history is as ambitious as almost endearing.

Raised as a member of the Children of God cult, in his youth Owens wasn’t exposed to pop culture the same way kids of his age were, but somehow managed to absorb it and make it his. In his lyrics and music there is a palpable angst, a repressed desire to be part of that culture, and an ambitious, meticulous endeavor to recreate the music he loves by continuously referencing to it.

Owens records all had different music influences, from the ‘60s surf rock of Girls’ first album, to the ‘70s glam and prog rock of their sophomore Father, Son, Holy Ghost, to the indie-folk of his solo debut Lysandre. For A New Testament (the new record that came out on September 30th) he decided to take a new direction and revisit that period in American music (roughly post-rock ’n’ roll and pre-British invasion) where country, gospel and soul all blended together. “At first [ex-Girls] Chet [‘JR’ White] and I were just two guys living in a small apartment with only a computer and a tape recorder, so you can hear Album was very homemade. Then the second Girls album had that big sound we wanted the first record to have, but neither we had the money for that nor we knew the people to get to do it”, he tells me over the phone from his home in San Francisco. He carries on explaining that now things with his solo work are very different, as he has more specific ideas in mind. “What you can hear is a growth more than a change, as now I can finally do what I have always wanted to but couldn’t.”

Being able to work with musicians he could trust also had an undeniable influence on the new record’s sound, that’s why, to show his gratitude, he put them all on the cover. “The people that played on A New Testament have all brought their own style, which I started to hear during the recording. Initially I only wanted the album to sound more country, which is the music I grew up listening to, and as the bandleader I had the choice to tell them not to play something, but I liked what I was hearing, like gospel, rock and roll, R&B or other American styles, so much that I just decided to keep them. In a way A New Testament was a group idea.” The title also refers to this growth and the incorporation of new music genres, as well as probably being a subconscious allusion to the religious environment Owens grew up in.

All the musicians featuring on the new album had collaborated with Owens before (either in Girls or on Lysandre), except Eddie Efira, who plays pedal steel. “I first met Eddie at a Phoenix concert in San Francisco. Having traditional country music influences in common we were immediately on the same page”, he recalls. “Pedal steel is a very cool instrument, but it’s very hard to find people who can play it, so it was a big challenge for me to look for one.”

Both lead guitarist John Anderson and organist Danny Eisenberg have played on Owens records in the past but they never got to tour with him. Anderson in particular is a very close friend, so Owens insisted on having him on tour. “I knew what John and Danny could do together, so this time I was able to plan a little bit more and make some space for them rather than just tell them what to play”, he points out. The backing singers (Makeda Francisco, Skyler Jordan, Traci Nelson) also featured on Father, Son, Holy Ghost, and so did drummer Darren Weiss. Finally, bassist David Sutton, who recorded Lysandre as well, completes the lineup.

This is also the third record produced by Doug Boehm. “One of the best things about him is that he doesn’t impose his ideas very much”, Owens says of collaborating with him. “After so long we understand each other very well and we can work together very smoothly and fast.” 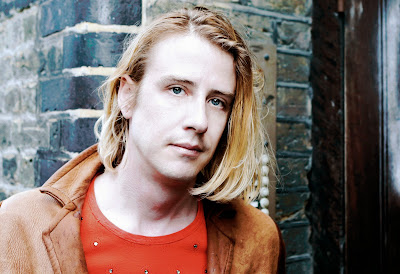 Owens doesn’t usually write an album in one go. His writing process happens over a long time and involves taking songs from different years and putting them together to make one record. For instance among the tracks on A New Testament, “Overcoming me” and “Stephen” were written long before the others. In spite of not being good at planning things in general, when it comes to songwriting the American musician has very good organizational skills and meticulously arranges all the songs and lyrics in various computer files. “I have both a handwritten version of the songs, an online lyrics and a music demo files, then another spreadsheet with the dates the songs were written and the titles, and also another file that shows possible albums that I could do in the future”, he reveals. “I have always been like that in my life. Because we were traveling so much, when I was four years old I learnt how to collect stamps, and I still have around twenty stamp albums of my whole life.”

Since the songs that make up his records were all written at different stages, one could wonder if for Owens it is difficult to relive the feelings he sings about after a few years have passed. “I think that if a song is meaningful to the person who wrote it then it should be easy to keep that meaning forever. A song is like a painting or a photograph where you are supposed to catch a moment, and then that piece of art can take you back to that.” His songwriting is very confessional, emotional, often a means to go deep inside himself and a therapy that gets him to talk about hurtful, embarrassing things that it may be otherwise difficult to share in real life. “That way my songs will always have a special meaning to me”, he adds. “Maybe if I wrote music about something more superficial I would probably stop caring about it after a while.”

Owens believes that the biggest ingredient for songwriting is to live a good life, going out with friends, watching films, reading books and letting songs come to him naturally, when they need to. Then the album recording becomes a much more articulated process. “I like to send a demo to each musician, spend some time with them playing and talking, and have meetings with the person who is going to produce and engineer. The recording itself is a step by step process, one track at a time, first the drums, then the bass, the guitar, the vocals and so on.”

Before starting to write music in his late twenties, Owens wanted to become a famous painter, but he had a block. He could learn the skills and the techniques, yet he couldn’t find any personal voice in spite of trying for over five years. “I was painting a lot but mainly things I liked, just to learn how to paint”, he confesses. “Then I started composing songs and I felt a different kind of expression, as I basically found what I was looking for in painting but never managed to. So I stopped painting despite liking it very much.”

In his opinion there is a strong similarity between music and painting or any other form of art for that matter. “Photography, sculpture, painting and music are all about the expression of just one person and they have the same goal of saying something to the world. In music you end up working with other people a lot, it is more a group effort, which is probably the main difference, but at the early stages my songwriting is like painting because I feel more comfortable writing music on my own as opposed to with a band, so in that sense I do feel my music is like art.”

For Owens writing songs, being in the studio and making albums is the easiest part of his job, but performing can be difficult at times. “I really enjoy playing live but I think I am not the greatest singer, and because I love the songs so much I sometimes even wish someone else could sing them”, he admits. “I would really love the songs to get much bigger than myself and become something special for other people. Just like I ask somebody else to play the drums because I know I can’t play them well, there have been times when I thought that a song could be better if somebody else was singing it. “

Owens was the face for Saint Laurent’s Spring / Summer campaign (shot by Hedi Slimane) as well as Isabel Marant’s much in demand line for H&M, something he thinks he was asked to do because of his weird, outsider look. “Part of my appeal for the people in the fashion industry is that I am not like all the other models, and therefore I am someone special to work with. I enjoyed the experience but I wouldn’t consider myself a fashionista or anything. It was like an one or two day vacation, a fun trip somewhere, but it’s not my real life.”

Looking back at his music career he considers himself lucky to have been able to do what he is doing, and despite admitting that things for Girls were very confusing at the beginning, he feels that the band gave him the confidence to make music for himself. “Everything was so new to me, it was my first time to tour and record, and it was my first real band. I just didn’t realize that bands have to make a strong foundation before going out in the public, but for us it was just so exciting that people wanted us to play shows and make albums before we even made any recording, and my instinct was to say yes to everything. In the end things went out of control, as it wasn’t really a band where we would do everything together, which was probably a mistake. But at the same time I don’t really regret it, because I feel that I did learn a lot from my mistakes. And now, finally, I am in a very good place.” 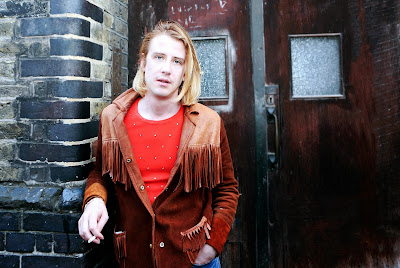 A New Testament is out now on Turnstile Records.