IN CONVERSATION WITH CRUSHED BEAKS


Combining fuzzy, shoegazey dreampop with clever, intense lyricism and dark, quirky aesthetic, Crushed Beaks is one of the coolest up-and-coming London bands of the last couple of years.Starting out as a duo in 2011, guitarist-vocalist Matthew Poile and drummer Alex Morris released three singles and an EP, before recruiting bassist Scott Bowley last year. Finally, the band’s long-waited debut album Scatter is out on 9th February via their own label Matilda Records.

I caught up with the trio in a lovely pub in Battersea, not far from where most of them live, to discuss their new record, horror films and how relevant music videos can still be today.

Matt and Alex, you formed the band in 2011 and then Scott joined you last year. How did you actually meet him?

Matt: Scott used to live with a friend of mine that played in a band. I had known him for quite a long time, but I didn’t realise he was a musician as well. Then, one day I just saw a picture of him holding a bass guitar on Facebook, and after he came down to one of our gigs in Hackney, I talked to Alex about him. We had tried out a few bass players before, but you need to find the right person, someone that could really fit in.

And what do you think he has brought to the table?

Matt: Some quality bass playing for sure. He does backing vocals too, and he knows his way around with delay pedals.

Scatter was inspired by a chapter from Music Communication, a 2004’s book about the relationship between music and the moving image…..

Alex: I think that book is actually something that influenced our video-making more than our musical aesthetic. We are all into films and would like to make interesting, different videos, and that is probably where the association comes from more than our music itself.

Matt: That is also something we had in common when we first started. Alex and I had known each other for a very long time, but it was only when we started talking about specific types of films that we realised we really had something to talk about. I don’t think that necessarily influenced our music though, more the visual aspect of it, like for instance our artworks.

Speaking of artworks, what is the idea behind the new album’s cover?

Matt: My cousin makes these very interesting images, and we used one of them for the front sleeve. It’s kind of unclear what it is.

It looks like three hands one on top of each other….

Matt: No, it’s actually a 3D scan, a rendering of a fossilised elephant’s tooth, a prehistoric type of elephant. My cousin was working with the Natural History Museum to create these renderings to study those elephant’s teeth and find out more about them. Basically the teeth of these creatures wore down as they ate, and once they wore down to a certain level the elephants couldn’t eat anymore, in spite of being perfectly healthy in any other way. I just found that idea very interesting. I liked the story behind it, but the main thing for me was this really striking image. I did the artwork myself as usual, and I also got the help of some friends of mine that run a graphic design agency, as this time I wanted the full package. I really like the typography as well, it makes it look a bit more professional than if I had done it myself.

Alex: Our first three singles did fit very well together as they had a similar artwork because we were recording them all at the same time. Then the EP was the next step up in terms of what we were trying to do with music, and this record is a further step up. So the artworks all have a different approach and represent our music and growth over time.

Scott: Now we also have our own logo, as before we didn’t have an official one. I think it looks very cool with the letters and everything, and all the singles associated with this album are also linked together visually.

Your music videos have always been an important part of what you do. How relevant as a promotional tool do you think videos can still be today?

Alex: They are still very relevant. If you watch something and you like it, that will obviously get you to listen to the music as well. Also, I think a video can have an effect on the music, you can listen to a song, then play the video and that can completely change it. It actually works the other way around too, as the music can change a video as well. That’s why I really like silent films, because you can put a different music to it and it will be a completely different thing. So yes, videos are important as a promotional tool, as we all watch music videos, don’t we?

You guys are big fans of horror films, Dario Argento's in particular. Would you ever consider scoring a horror film in the future?

Alex: We were actually approached by someone that runs a film club in London sort of casually at a promotional event Matt and I went to. He wanted to do a silent screening of an old film and was looking for a band to do it, so after discussing it with Matt I told him that we would be interested. Now we also have a new person on board, so it would work even better. Scoring a film is something in the pipeline, it might happen with him or with someone else, but it will definitely happen at some point.

And what challenges do you think that would entail?

Alex: I think it would be very difficult, as you need to decide straightaway what you want the film to be 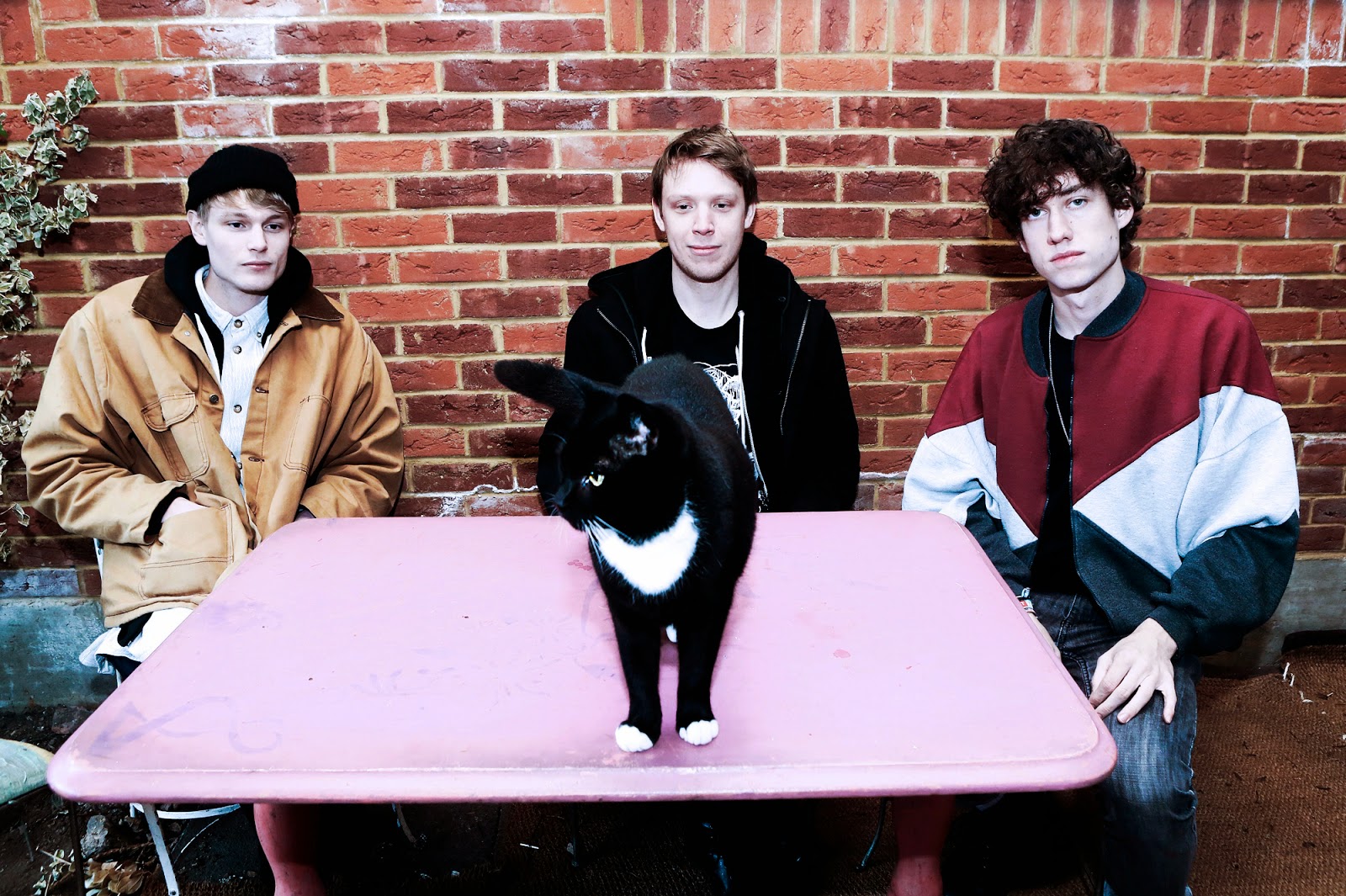 like. For instance, in Nosferatu: a Symphony of Horror there is a scene where Nosferatu walks away from the camera, and in the score, which has been used for most of these films, there is a very sinister beat. But I once went see it at the Prince Charles cinema [in central London] and there was a live band playing a post-rocky, at times jazzy score, and in the same scene where Nosferatu walks away they played a little more comedic music, which gave a completely different atmosphere. So you need to sit down and discuss how the music should affect the film and what you want to bring to the table before you start composing anything.

Matt: I think we would probably use a very different set-up.

Alex: Yes, it would be less poppy and there would be keyboards and stuff like that.

What do you think of contemporary horror films?

Alex: I think they are generally pretty good. It’s the same with everything, there is lots of good and lots of bad stuff. There are some good French, Swedish ones recently, also Australian, English and even American. People always say that American horror cinema is dead, but I completely disagree. I think it has never been a thing that is gone away, though maybe now they’re making more bad films available to be seen by people. But you just don’t focus on the bad, you just focus on the good.

Lets talk about the new album’s production. You wrote it in London, but you recorded it in Rome, in the studio of Italian film score composer Fabio Frizzi. How did the whole thing come about?

Matt: We went to one of his shows at The Union Chapel [in London] and we got to meet him afterwards. We talked about all the films he scored, and he told us that he had a studio in Rome and offered us to let us use it for a week to record the album, which we gladly accepted.

Alex: Yes, it was an offer we couldn’t refuse. And also it was in Rome, which is such a beautiful city.

Matt: Yes, it was amazing to be away from normal life and to completely focus all our attention on this one project, realising something we had been working on for a long time. Before we left we did a last session in London with our producer Pete Hutchings to tidy the arrangements up, and once we were in Rome it was just a question of getting everything that was in our head down and record it, trying to make it sound as true to what we imagined as we could. It was pretty much just the three of us 24 hours a day, we even slept in the same room.

You just mentioned Pete Hutchings who, along with Scatter, has produced most of your stuff…. What impact do you think he has had on your music?

Matt: He just has a good way to get down to the bare essentials of the song and strip away everything unnecessary by just putting down the melody at the heart of it and keeping a solid and consistent sound throughout. He has a really positive effect on the songs.

Alex: Also, on a personal level he is very enthusiastic and we get along very well. He gets you in the mood and really motivated. When I look at him while I am playing something I can see a smile on his face.

Matt: Yeah you have been in the booth trying to do your take with your headphones on and when you look through the window, instead of seeing someone that sits at his desk, you see Pete cheering, and that is very encouraging.

The new record will be released on your own label Matilda Records. Can you tell us about the label a bit?

Matt: This time we wanted to do it ourselves to give us more flexibility. We are not totally on our own though, as we have a good team of people working with us and helping us put things together.

What there a record that somehow changed your life and made you decide to make music?

Matt: I don’t think there was just one record.

Alex: Yeah, I think it happened organically. I don’t remember a moment in my life where I heard a record and decided that I wanted to play the drums. I managed to get hold of an old drum kit from someone in my family, then I played around with it a bit, and from that my decision of making music developed organically.

Scott: Also, over the years your taste changes. I think I started playing pop/rock music around the time the first Gorillaz album came out. It has a hip-hop style, but it also has some riff-based songs, and I think the way it covers different styles opened up my mind. So in a way, that’s when I started feeling very passionate about music and wanted to play an instrument, but at the same time it’s so hard to place just one record that influences you today 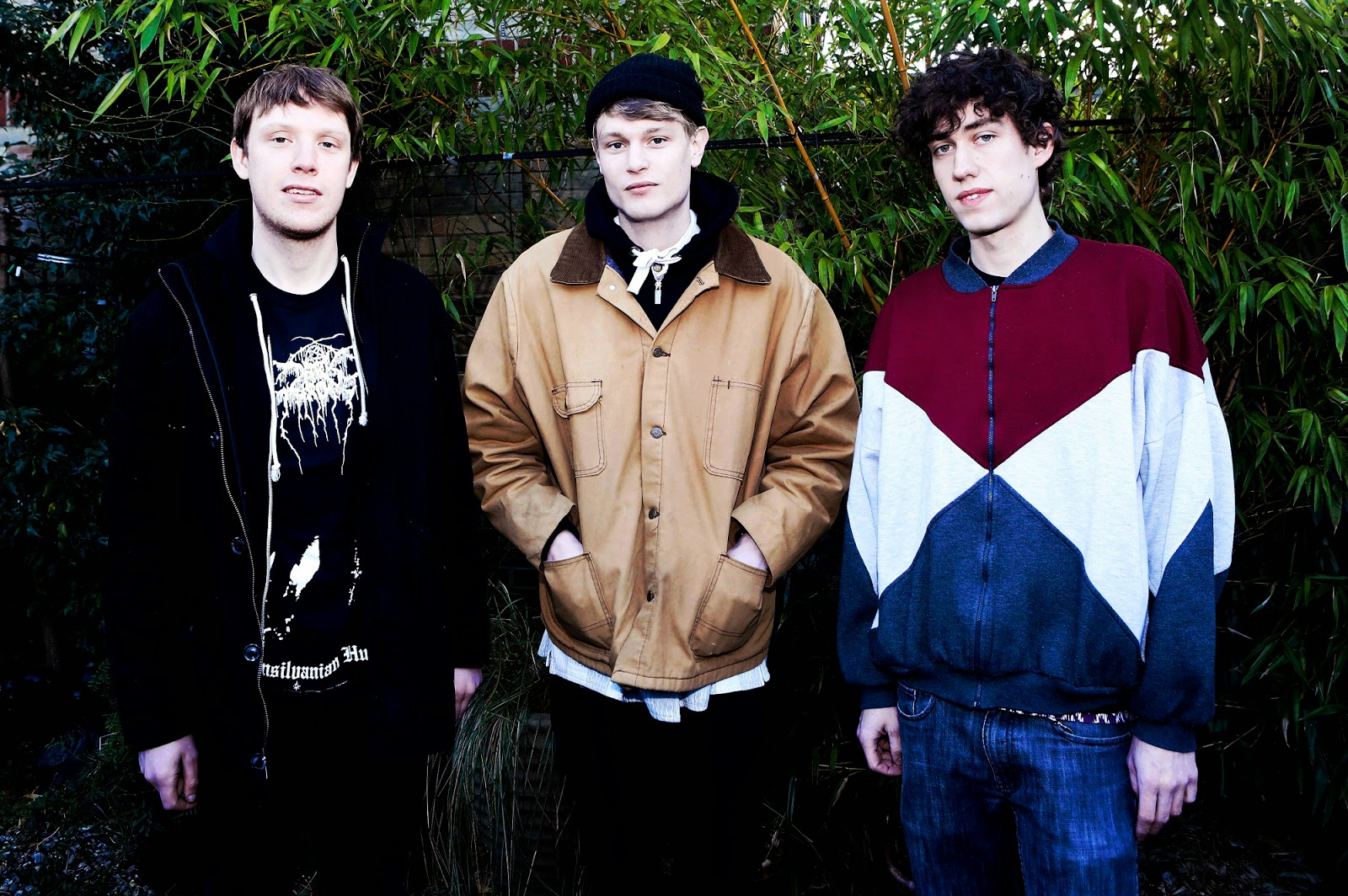