IN CONVERSATION WITH LAURA GIBSON

Laura Gibson discusses the making of Empire Builder, her MFA, New York vs Oregon and some of her side projects

Laura Gibson is gentle and soft-spoken, yet articulate and clever, just like her folk music tales. We meet up at the Courtyard Theatre in Shoreditch where she is about to play her second London show this year. Her fourth record, Empire Builder came out last April and is undoubtedly her best as yet, in spite of also being the most difficult to make.

Mainly written in New York City, where Gibson moved from native Oregon in 2014 to attend grad school, it reflects the struggles she has being going through over the last couple of years. Not long after moving she broke her foot, and a few months later her East Village’s apartment got destroyed during a gas explosion that killed two people. Gibson escaped unharmed, but she lost everything, including her notebooks filled with lyrics and song ideas, and all her musical instruments. The result is a record which is still decidedly folky and tuneful, but also has a rough quality that cuts through the unique musical arrangements.

How is the tour going?


Very good, I think. This is our fifth show of the second UK leg, including a couple of festivals over the last weekend, which was really fun, though festivals are always a little chaotic. I took a break in August, but before then I was touring in the States and I also did a short run over here. The record came out in April, when I was still in grad school for the first six weeks, so I was bouncing back and forth between school and touring. Now that I finished school I can tour longer.

John Askew co-produced Empire Builder. How did the collaboration come along?
I first met John quite a few years back when I sang on a record with the Dodos, Visiter, which John engineered. Then I kept seeing him around and as I liked his manners and the things he had made, I asked him to co-produce the new album. Initially I wasn’t sure whether or not I would be making another record any time soon because I was going back to school, so I just booked two days with him, thinking I was only going to wrap my head around it, but it was really productive as we got seven basic chords for songs, and almost everything we did during those two days made it on the record. John was very smart as he pushed me while also giving me the reins. It was a very good balance between sharing his own ideas together with interesting ideas I came in with.

Your New York apartment was destroyed during an explosion in March last year. At what stage of the new record’s production were you when it happened, and did you lose any material you were working on?
I was almost done. The songs were at various stages of completion, but we had done all the basic tracks by then and I was just going back to sing the vocals. All the sounds were saved in a hard-drive in Portland, but I lost my notebook with the lyrics in the explosion. A few days after the fire I woke up and started writing down as much as I could remember, and though I had days booked in the studio, after the fire I was going to cancel, but John was so encouraging yet gentle that I decided to go anyway. I sang half of the vocals on those days, and when I listen to them now I can hear how exhausted I was, because I had lost everything. My voice was almost unable to perform anything, it sounded so raw and honest in a way, and it would have definitely sounded different had I not gone back and sung those lyrics just after the fire.

Did you also write some completely new lyrics after the fire or it was mainly rewriting what you had already done?
I remembered maybe half of the songs and the other songs were at various stages of completion. It is difficult to say how they would have been had I not gone back and rewritten them, but I think part of the songs were rewritten from memory of what had been written before, part were written beginning again just after the fire.

You recently got a MFA in Fiction Writing. What was the thesis about?
It was a combination of short stories and a longer piece. All the short stories take place in Oregon and/or around Oregon in different time periods. The longer piece is about several characters in their late thirties including some jazz musicians and women working in shipyards. They are all quite lyrical, as I came in my strength being lyricism, rhythm and words, and I am still learning how to tell a story. 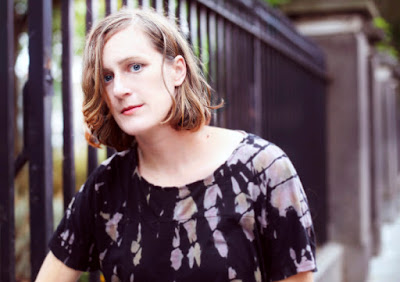 “Not Harmless” is probably my favourite song of the new record. The lyrics are different from what you usually sing about.
There were frustrations at the time, and I wanted to write a song where I was declaring my own agency for both good and bad in the world, a song where I was perhaps the villain. I often play the part of someone wise that oversees things, so I was trying to write a song in which I was both flawed and powerful at the same time, and I am really proud of what came out.

You moved from Portland to New York mainly for your MFA. Now that you are done with your studies, are you planning to move back in the near future?
I have my apartment in New York, so I think I will stay there for now, but eventually I will move back to Portland. It is just that I want to wait till the end of the tour, and also I have moved so much over the last few years, and a couple of those moves took such an emotional toll on me that I am not quite ready to move from the little home I made in New York.

You were born in Coquille, a small town in the Oregon South Coast. How much do you think where people are from can influence the art they make?
Coquille and New York couldn’t be more opposite. I am from a very quiet place at the edge of town, surrounded by forests, where there is so much space and so much silence. I think that has affected how I have made music over the years and the way I think about things, because when you have that sort of space you can be imaginative and thoughtful in a longer way. As for New York, there is so much going on, and almost to match the architecture you stuck thoughts, words and ideas on top of each other in a way that is quite different from where I grew up. But I don’t know if all that comes across on the record. I have always been interested in places, and that is why touring is always so rich for me and definitely affects my music.

What is your favourite part of the writing and/or recording process?
I really love all of it. I love writing songs and putting lyrics together. I think lyrics are probably the thing I spend the most time on.

Do you find more rewarding the initial impetus or the final stages of the process?
It is a different enjoyment. I enjoy just having an idea, but initial ideas don’t involve a lot of work, whereas finishing involves the most work, but it is so difficult yet the most satisfying, because that is when you take the initial idea and make it better. Now I am very pleased that I took the extra time to make this record and very thankful, but that wasn’t necessarily enjoyable at the time, it was actually quite painful. Though the end can seem very far from being an artist, it is part of being an artist too.

You have composed music for a lot of commercials. Many indie musicians are actually against the idea of having their music used for commercial purposes. What is your opinion on that?
I would never want my voice to sell a product which could cause harm to people, I would turn that down. Mostly, it is things that I have composed specifically for a commercial rather than my music being used, so it feels like a job separate from the job of me opening my heart, because I have never had something quite personal and decided whether or not I wanted the money for that.

Last year you wrote the music and lyrics for Up the Fall, a musical production created for performers with developmental disabilities, for the Portland-based Non-Profit PHAME Academy. How was the whole experience?
My goal for the project was to actually write towards strengths and not towards limitations. There were musical pieces just involving people on stage doing movements and not verbal, and some repetitive lyrics for certain songs, because for some members of that community it’s hard to memorize longer lyrics, but if it’s something beautiful it becomes something really profound in the repetition. That was a hard project, mostly because there were a lot of people involved and it was non-profit, which made it more complicated, but also very good. My favourite part was just the interacting with the performers, getting to know them and their voices, and try to write things that would suit their voices.

And would you also consider working on a movie soundtrack in the future?
Oh I would love to, that is a goal and dream of mine.

What is next?
I am collecting ideas right now. I have a few ideas for side projects outside of music, I want to get back to writing and also want to make another record just after touring.

“Empire Builder” is out now via City Slang 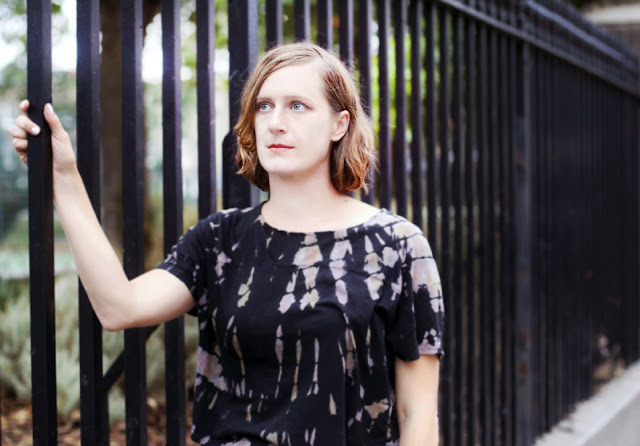 Posted by Eleonora C. Collini at 8:55 am