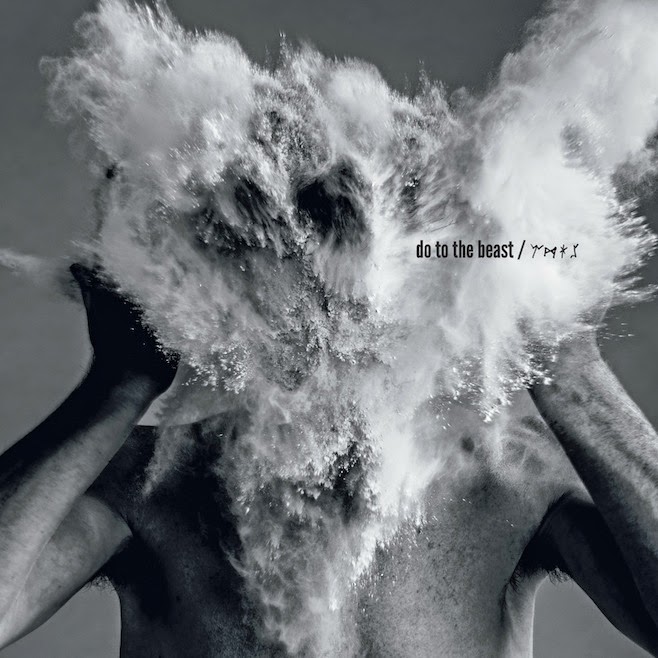 The moment the Afghan Whigs fans have been impatiently waiting for has finally arrived! After being one of the most influential bands of the 90s thanks to masterpieces such as Gentlemen and Black Love, the Cincinnati four-piece officially called it quits in 2001, allowing frontman Greg Dulli to concentrate on his solo-driven collective The Twilight Singers and his project with Mark Lanegan, the Gutter Twins.

Following a surprise appearance on Late Night with Jimmy Fallon thirteen years after the band last played together, in 2012 all founding members (except for the original drummer Steve Earle) reunited for a few shows including a headline gig at ATP I’ll Be your Mirror.

Losing guitarist Rick McCollum along the way, Greg Dulli and bassist John Curley finally entered the studio together last year and the result, the fabulous Do to the Beast, is coming out on 14th April via Subpop.

I chat with Greg Dulli just before he goes into rehearsals for the upcoming tour with the rest of the band which along with Dulli and Curley now features guitarists Dave Rosser and Jon Skibic, multi-instrumentalist Rick Nelson, and drummer Cully Symington.

The plan of making a new album was first conceived in Austin, Texas where the reunited Afghan Whigs played a collaborative set with R&B superstar Usher at 2013’s SXSW conference. It was The Fader that came up with the idea and invited them. “I was in Australia at the time and they phoned and asked me if I was interested in doing it”, Greg recalls. “I said ‘sure, get Usher to call me and I’ll talk to him’. So Usher called me, we spoke over the phone about what we could do a couple of times and then chose to do it.” It was then that Dulli and Curley first talked about making a new record together. “The evening after the show we had dinner and decided to go into the studio and see what would happen”, Greg explains.

The news of an upcoming Afghan Whigs record was revealed to the world in a sort of unconventional way. Breaking Bad’s star Bob Odenkirk found out about it through mutual friend Mike Brillstein (who had remixed one of the new songs) and then made the announcement on twitter in spite of being asked not to. I am curious to know if Greg is mad at Odenkirk. “Absolutely not. I thought it was actually flattering”, he admits.

Greg has been writing songs since he was thirteen and he believes that his writing process is not widely different from when he first started making music. “I usually make a riff, start to play with it, sing a melody on top of it and then go from there. I don’t think that has changed drastically since I was a teenager. Songwriting for me is very instinctive, I just go with my instinct wherever it takes me and that’s really the only way I know how to do it.”

The album cover, a black and white image of a person whose face seems to be exploding, is a photo taken by long-time friend Amanda Demme. “We have known each other for probably eighteen years ”, Greg reveals. “She did an exhibition in Los Angeles last year. I also follow her on Instagram and that’s where I first saw that photo and immediately decided that would be the cover. So I just asked her if I could use it.”

Do to the Beast owes its title to another Greg’s friend, Manuel Agnelli who accidentally came up with it while visiting during a Cincinnati studio session. Agnelli is the frontman of Italian band Afterhours some of whose records were produced by Dulli and the two have been close friends for years. “I was doing a beatboxing session and from the control room Manuel misunderstood what I was singing and thought I was saying ‘do to the beast what you do to the bush’. So it was his misunderstanding that made the album title”, Greg says.

The lead single “Algiers”, a beautiful ballad that slowly builds up evoking a Spaghetti Western atmosphere, is accompanied by a video in the making of which Greg was heavily involved. “I have known Phil Harder, the director for half of my life so we were really trying to capture what the song is about as much as we were trying to have a good time. Making a video is not an exact science, it’s just a form of expression. We were loosely talking ideas and then I thought of the movie High Plains Drifter and we sort of adapted it to the music.”

Most of Dulli’s lyrics have clearly been inspired by films and in addition to his recording career he has also appeared in some movies in the past including Ted Demme's Monument Ave. and Beautiful Girls, as well as Matt Bissonnette's Passenger Side. Greg points out that cinema and music are just different forms of expression. “I have always been interested in and have had an urge to write stories, songs or poems, they are all ways of expressing something.”

One of the new songs Greg feels particularly attached to is “Lost in the Woods” as it reminds him of his childhood hearing “You are my Best Friend” by Queen on AM radio at his parents’ house, which the distorted Wurlitzer at the end tries to capture. There are a lot of other little personal homages throughout the record, but when I ask him if he could share some, Greg is quite evasive. “Those things were like done in the moment. I would have to go through the songs and try to remember. Those are personal things to me and trying to explain them to other people would probably lose the power that they have to me.”

For Dulli is also quite difficult to say what old tunes he still feels particularly connected to. “If I don’t put something in it, if I don’t invest myself in it, then I have no connection. I have a strong relationship with all my songs. There are some songs of mine that I wrote twenty-five years ago that I still love. So there are too many to mention.”

Do to the Beast represents a comeback to Subpop which put out the Afghan Whigs’s sophomore Up in It and then Congregation, though Gutter Twins’ Saturnalia and Twilight Singers’ Dynamite Steps were also released on the Seattle record label. Greg explains that most of his friendships are long-lasting and usually if he becomes friend with someone, unless something terrible happens he stay friends with them. “[Subpop founders] Jonathan [Poneman] and Bruce [Pavitt] started more or less around the same time I began making music”, he continues. “I have always had a wonderful friendship with both of them, so my relationship with their label hasn’t really changed at all.”

In October last year Dulli played a couple of shows with Steve Kilbey of Church in Los Angeles and the pair have also written some songs together. I’d like to know if there are any plans to work on a record together anytime soon and he confesses he’d be up for it. “I think Steve is actually writing a Church album at the moment though and I am about to go on tour so that’s not going to happen in the immediate future. But I’d like to finish what we have done. We have sort of written a few songs already so we don’t have too far to go.”

When I finally ask Greg if he has any regrets in his music career he reveals that he would love to do a song or collaborate with Jimmy Page in some sort of way before he dies. But if he had to pick just one album by another artist he wishes he had written he would probably go for Purple Rain by Prince.

Do to the Beast is out on the 14th April via Subpop.